Two ladies believed to be "commercial sex workers" residing and plying their trade in Amaraku, Isiala Mbano Local Government Area of Imo State, horribly fought each other with broken bottles on Friday evening.

According to Obiaku Lancelot Ifeanyi who shared the story on Facebook, the two prostitutes were at a bar near Orie Amaraku market where they drank to stupor before deciding to negotiate their way home.

The two stopped over at another joint along Ugiri Road Amaraku to enjoy some cigarettes, only to start quarreling.

Although it was not ascertained what the two colleagues quarreled for, it was gathered that the
altercation turned into a fight when they started exchanging blows.

It got even dangerous along the line as one of the prostitutes, apparently intoxicated, drew the first blood by breaking a bottle of beer and used it on her challenger. And in reply the other lady broke another bottle, held her colleague on the ground and stabbed her once in the face. 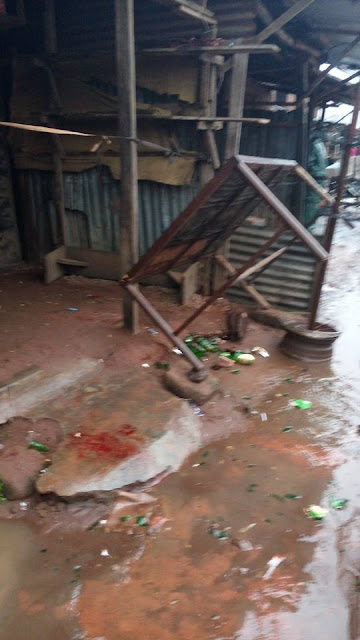 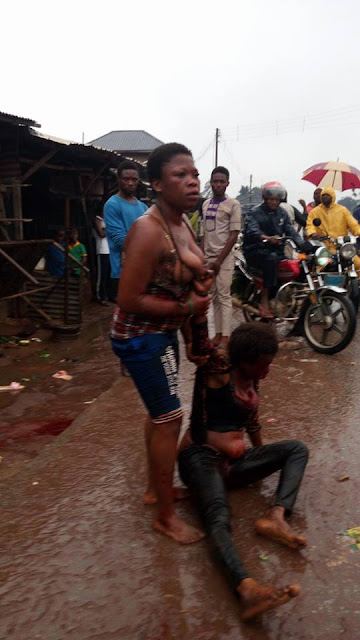 It was then that the two women, who almost stripped naked as they fought, were forcefully separated by able bodied men. But one of them had already sustained serious injury to her face that heavily affected one of her eyes.

One of them was standing, having sustained a lesser degree of injury. While the other stood weak and helpless by the roadside, seriously wounded and bleeding profusely.

According to the less injured woman of easy virtue while screaming in regret, she only stabbed her colleague once in retaliation, but her friend grabbed a broken bottle and used it on her own face severally, which led to her being seriously injured. She stated that her colleague was under the influence of alcohol and was unconscious about what she was doing, and indeed the damage she did on her body.

The two were later rushed to a hospital in Amaigbo; and according to the motorcyclist who took them to the hospital and returned an hour later, the less injured harlot later overpowered the security man at the hospital gate and ran away, while her colleague received medical attention. 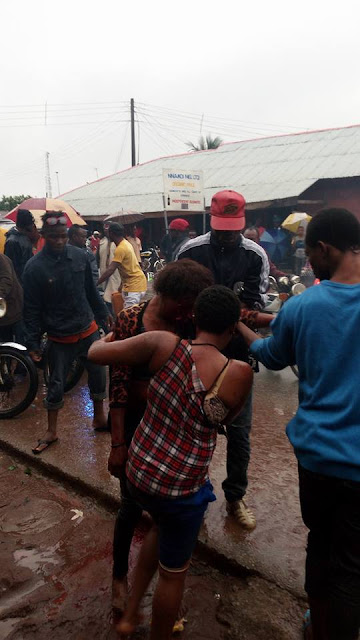 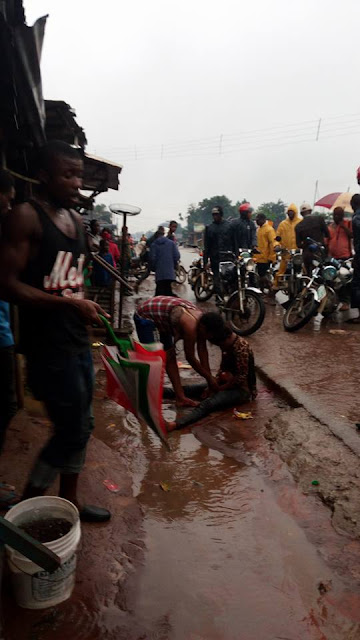 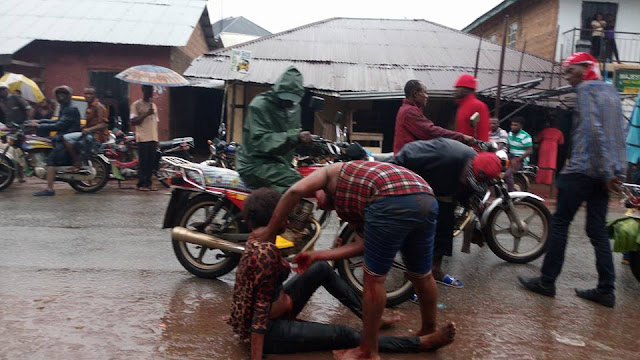 #BBNaija: Check out some adorable photos of Tega with her husband and son

There’ll be fight when I singlehandedly choose my successor: Umahi