A man claims to have watched in horror as blood poured from the eyes of a statue of the Virgin Mary.

A Telemundo news report featuring the small figurine showed the statue's face caked in what appears to be dry blood.

The man, who has not been identified, told the programme he was there when blood poured down the figure's cheeks.

It is unclear where the incident, which took place last year, occurred although the church is believed to be somewhere in south America.

In August, worshippers at a rural church were stunned to see another statue of the Virgin Mary also weep blood as they prayed.

The congregation have declared the incident a miracle at the remote venue in in the Manuripi-Heath Amazonian Wildlife National Reserve in the Pando Department in Bolivia.

Samples of the red substance have been taken to medics at the local hospital to find out if it is human blood. 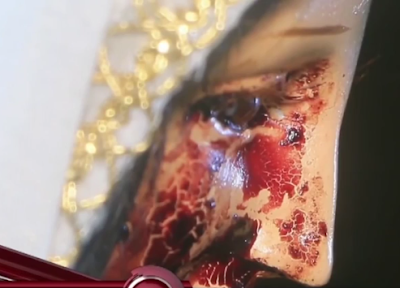 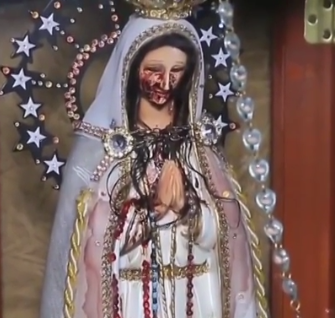