BBNaija 2019 winner Mercy Eke has set a record of becoming the first BBNaija star to own a customized number plate as she brags of it. 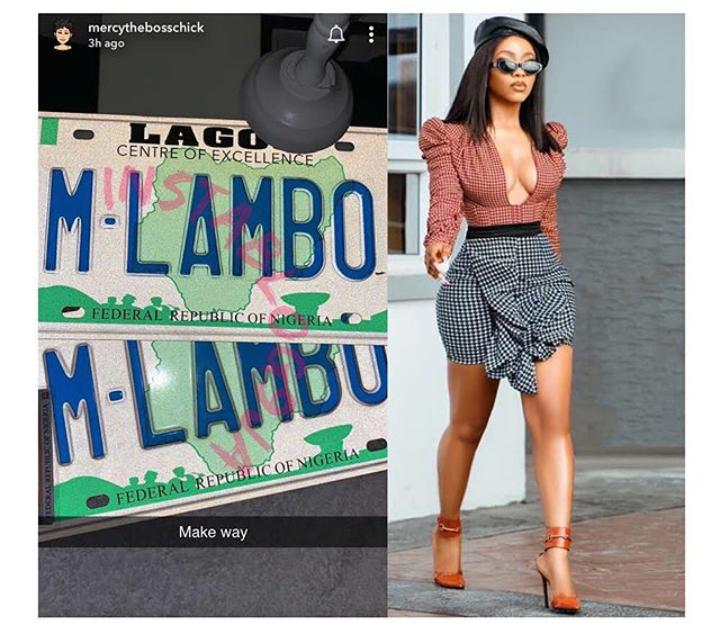 She posted a photo of her number plate with her name M-Lambo bragging of it as she asks her haters and critics to make way for her.

Her die-hard fans are so excited about that as much as some are also using the opportunity to troll Tacha her rival by claiming Titans are contributing to get her some.

Others who don’t see the importance of that said it’s just something anyone can do if only the person can afford it.