A Nigerian female basketball player, who is said to be battling tuberculosis has been rescued by John Ogu. 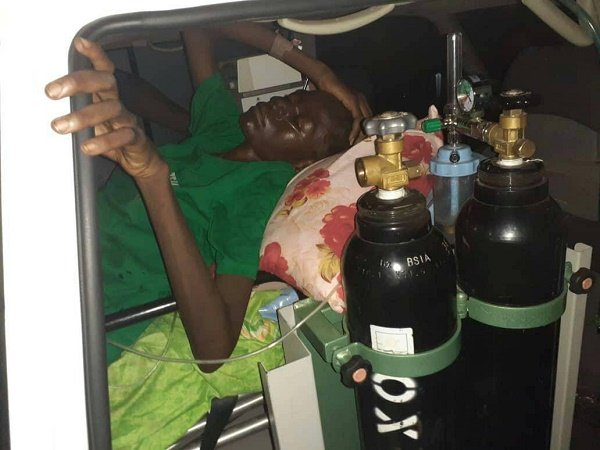 Deborah Onah has been battling an illness

John Ogu, Super Eagles midfielder, has donated the sum of N350,000 to foot the hospital bill of Deborah Onah, a Nigerian female basketball player, who is said to be battling tuberculosis.

Deborah, who plies her trade with Titans Basket, an Abuja-based club, was said to have been diagnosed with tuberculosis of the spine, and in need of the said amount to undergo cardiovascular surgery.

In the wake of the development, Titans Basket had taken to its Twitter page to solicit financial aid.

“One of our players, DEBORAH ONAH is down with Tuberculosis of the Spine. We solicit financial support as she undergoes treatment, at National Hospital Abuja. The goal is 350,000 Naira for cardiovascular surgery. No amount is too small,” it wrote. 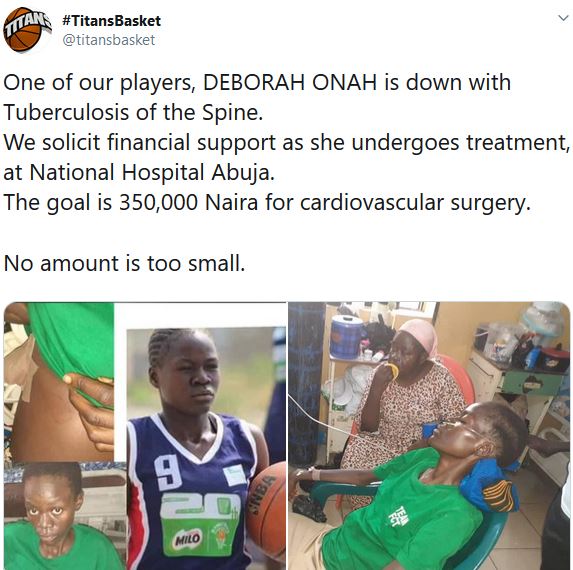 The post, which has so far garnered more than 2,100 retweets, caught the attention of the footballer, who announced his interest to make the donation for Onah.

Shortly after, the defensive midfielder shared a snapshot of the bank transaction showing that he had transferred the said sum, asking Onah’s team to proceed with the surgery.

“I’m depositing that 350k into the account under this tweet. I just did. May God heal her and she will be back doing what she loves doing. Please check if you received the money,” Ogu wrote. 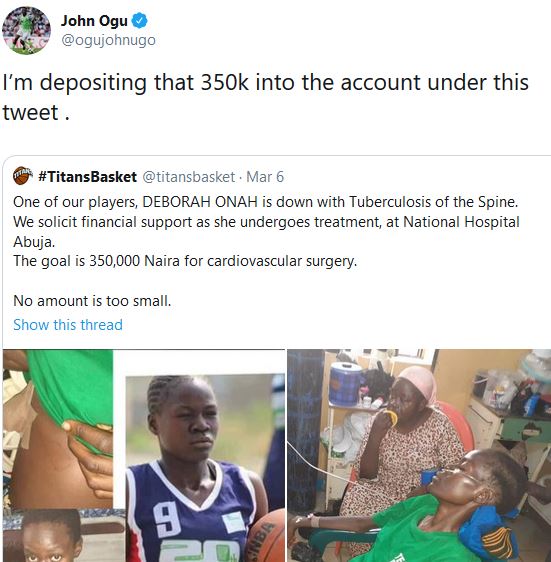 According to one of the tweets from Titans Basket, which included pictures of the ailing player, Deborah is said to be currently undergoing treatment at the National Hospital, Abuja.

Akpan and Oduma - SARS VS SAX (Comedy Video)
23 hours ago

The legend of the dragon king
8 hours ago

Akpan and Oduma - SARS VS SAX (Comedy Video)
23 hours ago