According to the lady, she has never had any reason to doubt her boyfriend until a girl started calling and chatting her up to leave 'her boyfriend' or she will expose her and send her nudes to blogs. Read the story beneath and also see screenshots from their chat.

"I'm in shock!!!! And I need advise from strangers on this issue. I won't lie, I love him regardless. I've been trying to reach him but his phone is unavailable.

I just moved back to Nigeria not up to 8 months now, I met this guy who has been supportive to me. His name is chudi, I thought he was different for an Igbo guy, he's sweet and caring. We started dating, I've taken to meet my family, he has taken me to meet his elder sister and his mom too. Everything seemed cool, he doesn't have passwords to his phone, he seem really legit. Like I won't lie at all. I've never suspected he had someone else.

I received the shocker of my life when I received a message from this rude obviously razz yoruba lady claiming to be Chudi's girlfriend. I've researched this girl, the chudi I know won't even look at her talkless of dating her or anything. She threatened me and called me all sorts of names. She said they have been dating for 2 years or so.
She said she will expose me to all the blogs in Lagos.

I'm so confused, I haven't spoken to him. But a part of me is not bothered about the outcome, I love him either way. I feel I should fight for him.
The thought of me being a sidechick is hurtful giving that my last relationship ended badly, my ex left me for another girl after he took me ring sight-seeing / shopping. 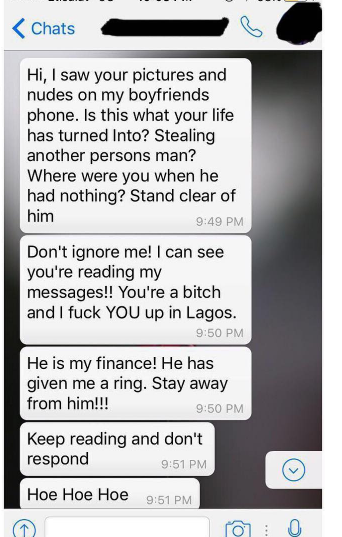 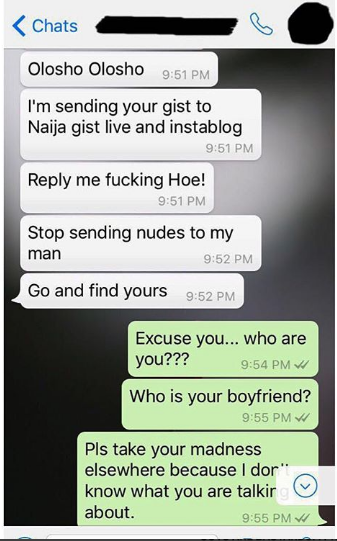 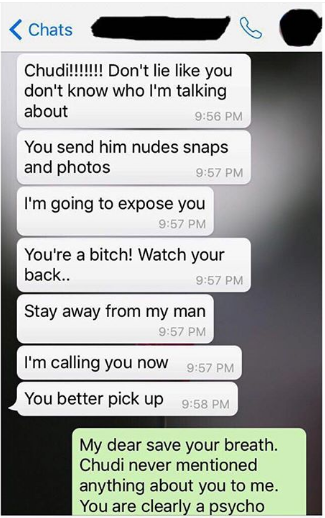 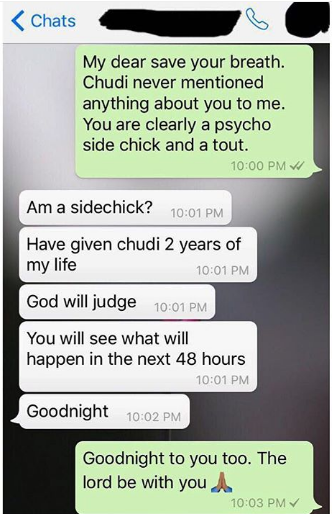