Argentine legend Diego Maradona has returned to management with Al Fujairah in the UAE's second division. The 1986 World Cup winner was unveiled by the club on Sunday as he started his first job since he was sacked by Dubai's Al Wasl in 2012.

Rashid Ali Garcia, his adviser, revealed Maradona has agreed a one-year deal to help the club win promotion at the second attempt since relegation.

A press conference is planned for next week where Maradona will outline his plans for the club, which will be hoping he can be more successful than his previous attempts from the sideline.

Maradona's managerial career has far-from matched his status among the greatest players off all time, which included leading Napoli to two Serie A titles along with claiming the ultimate prize for his country in 1986.


Now 56, he takes charge of the side which finished fourth and narrowly missed out on a return to the Arabian Gulf League.

"I want to tel you that I'm the new coach of the Al-Fejairah SC, in the second division of the United Arab Emirates," he told his Facebook followers. "These are my new colours. 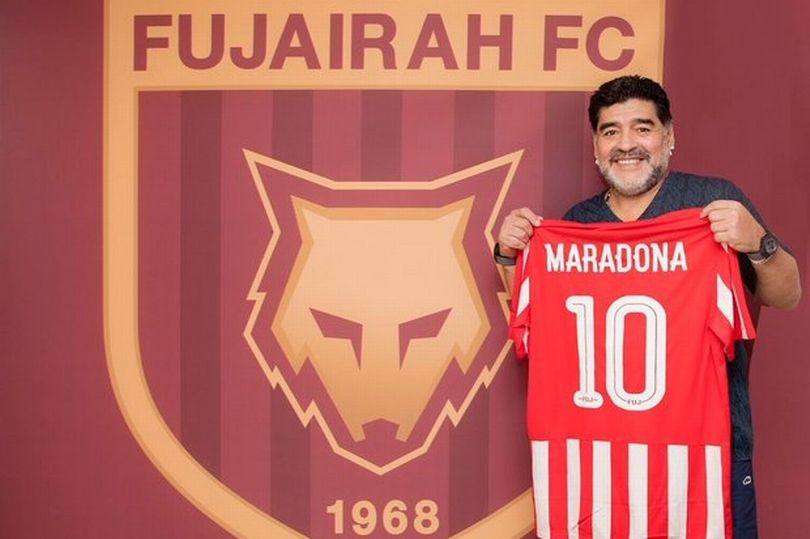 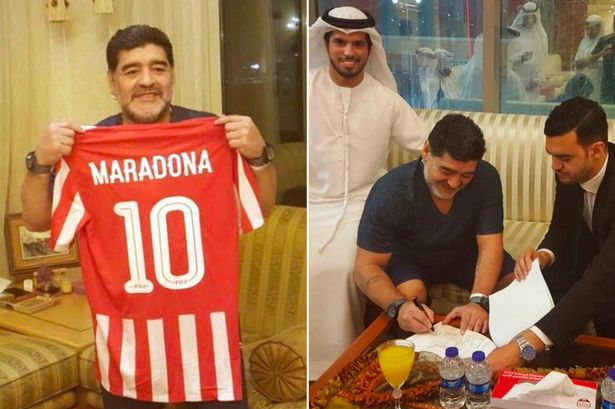 Bbnaija: “I Didn’t Know It Will Shock You” – Queen Apologizes To WhiteMoney Over Interest To ‘Knack’ Cross (Video)