Senior Special Assistant (Media and Publicity) to Vice-President Yemi Osinbajo, Laolu Akande, on Wednesday, responded to reports that the Aso Rock Villa Chapel has been relocated.


The media aide said it was not fair to accuse the President of relocating the church when what happened was “the sorting out of procedural issues.” He insisted that it was baseless to assume that Buhari was hostile to Christians in the Presidential Villa. 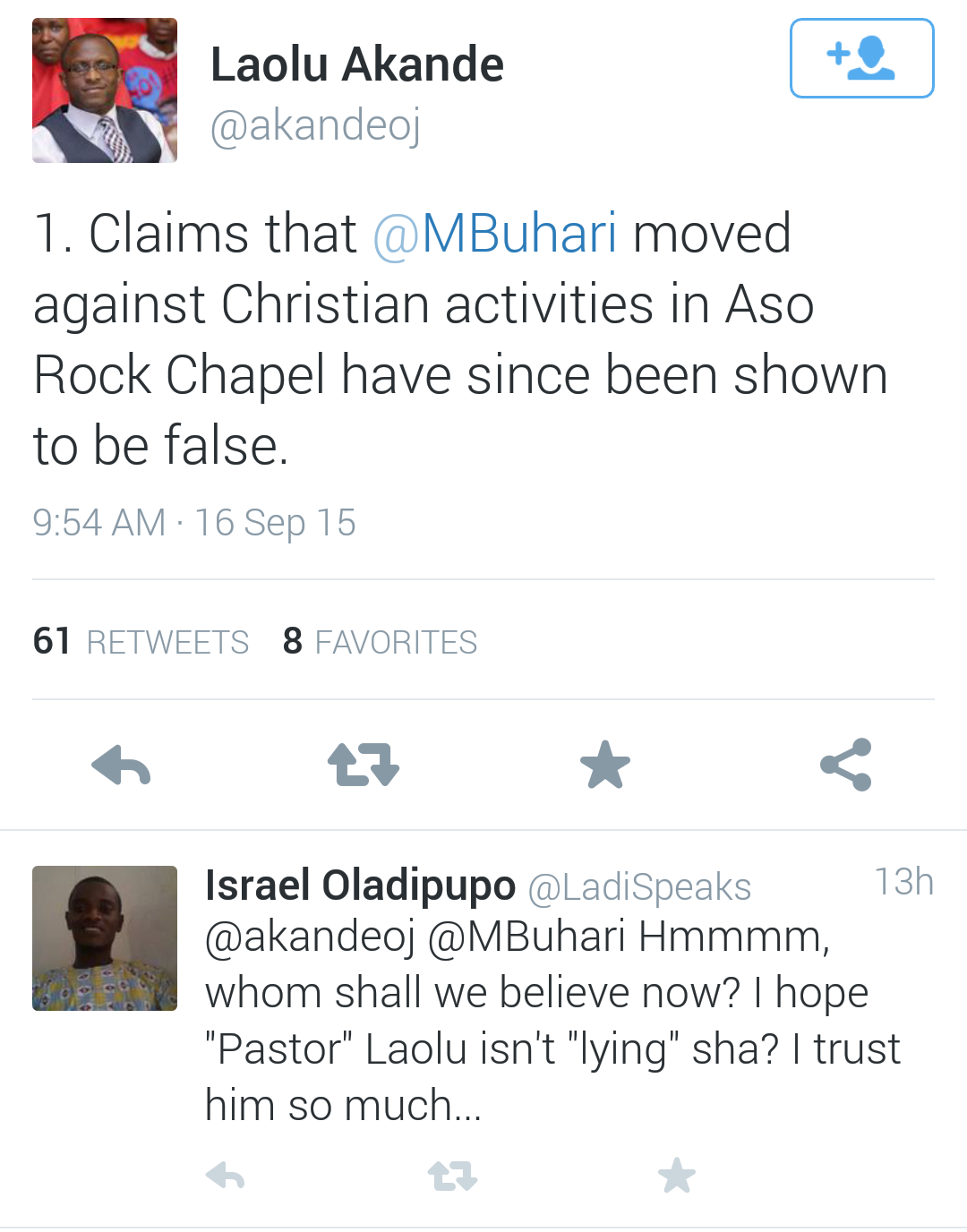 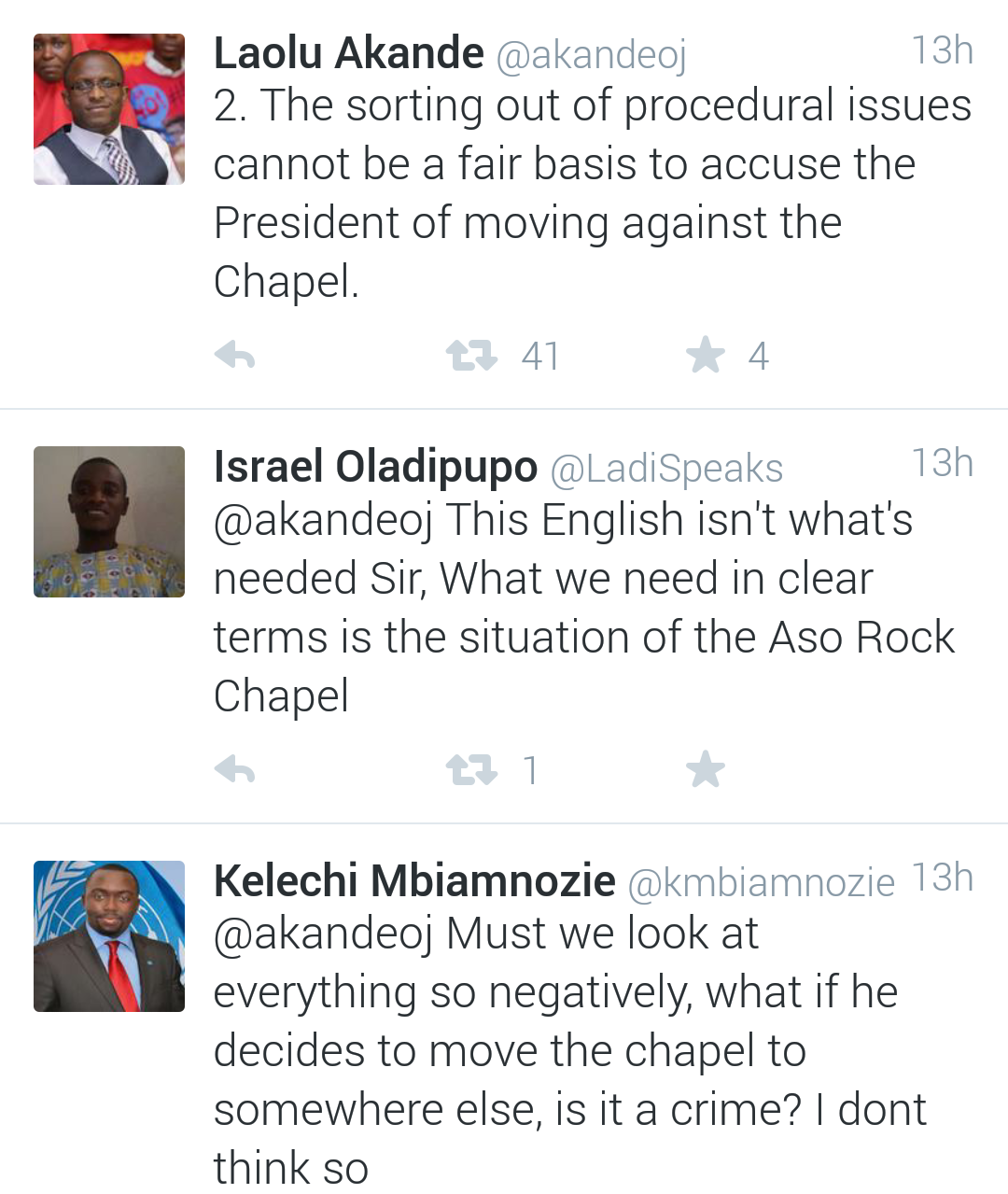 This is the second time Akande would go to twitter to defend the Presidency over the same issue in the last-two weeks.


Earlier when an online media reported the closure of the children arm of the church, the VP’s aide told Nigerians to disregard the information. In fact, he described it as false.


In his tweets, he said, “Speculations that Buhari moved against Christian activities at the Aso Villa Chapel is a blatant lie. I personally worshipped there on Sunday.