Yesterday Grammy announced its nominees for next year's award ..and one nomination stood out. Drake's infamous Meek Mill diss track 'Back to Back' was nominated for Best Rap
Performance, marking the the first time ever, a diss track will be nominated for a Grammy...and Meek Mill wasn't impressed..Lol. See what he posted on instagram not along after the nominations were announced. 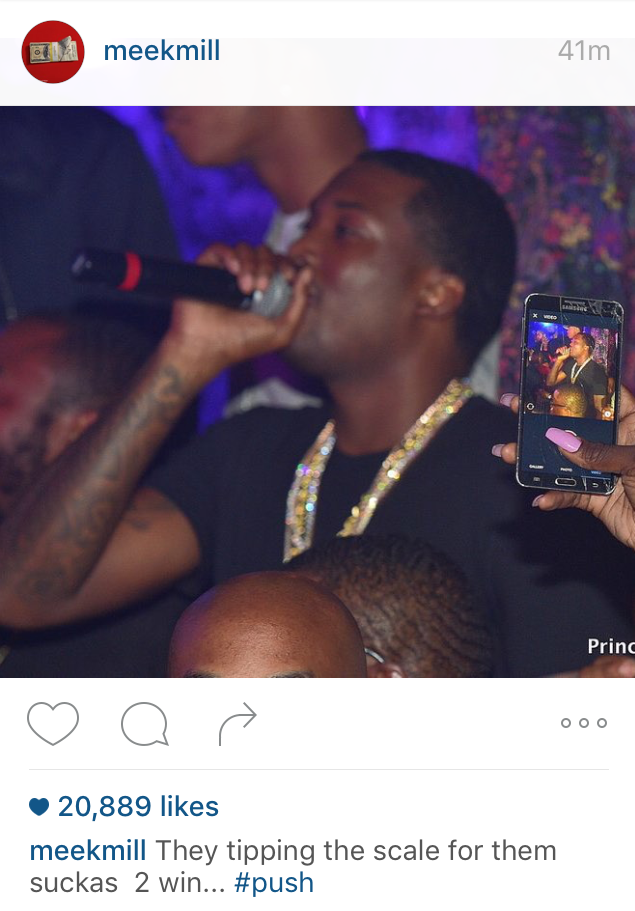 Actor, Junior Pope Makes Money Rain On His Wife On Her Birthday (video)