A 39-year-old South African, Nosisi Nqgula, has been arrested by the National Drug Law Enforcement Agency for allegedly smuggling foreign currencies worth about N71.7m to Nigeria.
[ads4] 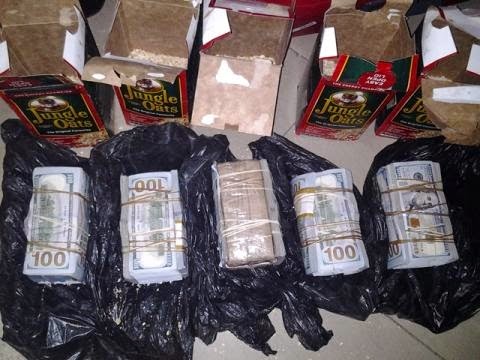 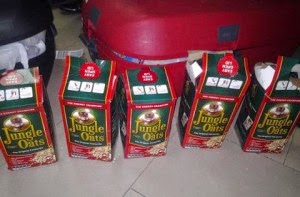 It was learnt that the suspect was arrested at the Murtala Muhammed International Airport, Lagos with $373,725 and €2,120 concealed inside packs of oats.


PUNCH Metro gathered that the discovery was made during an inward screening of passengers on a South African airline flight enroute from Johannesburg.


The agency said two Nigerians ? Damian Akamelu and Prophet Cyprian Chigere ? were also being interrogated in connection with the seizure.

Nqgula said she was sent by a Nigerian to deliver the money to one Akamelu.


“I live in Johannesburg. I was given a bag by a Nigerian to deliver to Damian Akamelu,”she said.


The NDLEA Commander at the airport, Mr. Hamza Umar, said, “The mode of concealment presents reasonable grounds for money laundering.