Chinese Woman Gets Electrocuted While Entering PIN Code At An ATM

A Chinese woman was in for a real shock last weekend when she tried to get money out of an ATM.


The unsuspecting 23-year-old, known as Xiao Liu, had been entering her PIN code into a cash machine in Xi'an, north west China, when a sudden surge of electricity left her needing hospital treatment.


The electric shock sent 200 volts around the woman's body. Humans can only handle 36 volts safely.

The electricity passed from Liu's hand to her body, leaving her right arm numb and sore.


Liu was forced to the floor by the impact of the shock at the China Everbright Bank.


She soon realised that she was bleeding and that the fingernails on her right thumb and ring finger were broken.


Her card had also been swallowed by the machine. 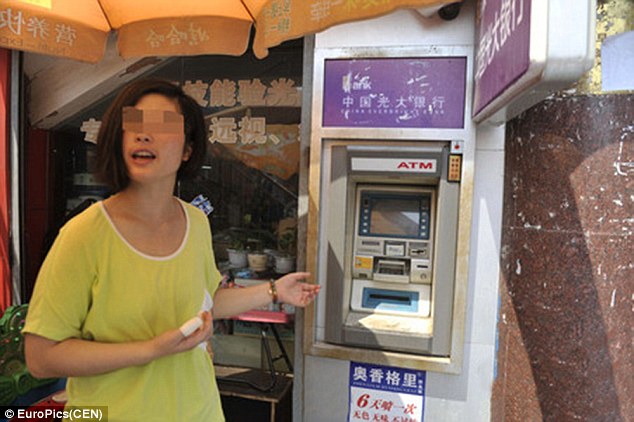 [ads4]
After recovering for a few minutes, the frightened woman then made her way to a local hospital for treatment.


A doctor wrapped up the injuries and has reassured Liu that the fingernails would grow back on their own.


However, the incident, which happened on Sunday evening, had a lasting impact on Liu whose work requires her to make phone calls and record clients' information. 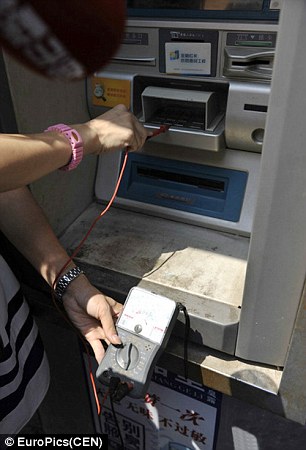 Her injured right arm stopped her from typing properly and Liu was forced to take sick leave.


Mr Liu, an official from the China Everbright Bank apologised for the accident and said that the bank would compensate the woman by paying for her medical treatment.


He added that the ATM machine had been installed for more than a year and used electricity from the eye wear store where it was placed. 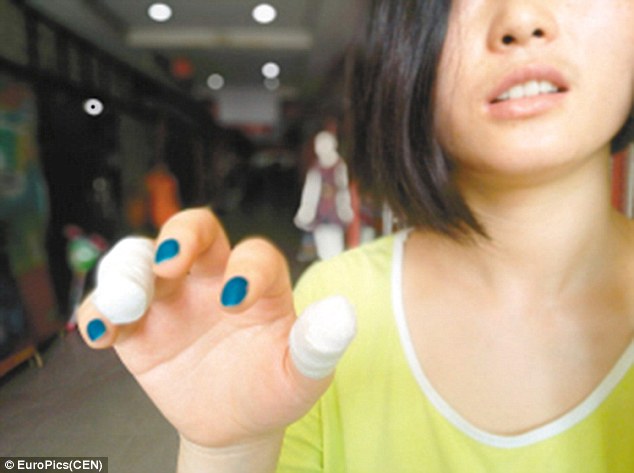 The bank's other two machines, which are based outside the eye wear shop, were also tested.


However, it was found that they did not transmit electricity.


The cause of the malfunction in currently unknown and the cash point is undergoing investigation.


The ATM has since been closed.