A sea plane has crashed into a river killing two people on board as families gathered to celebrate Australia Day.

There were only two people on board, the pilot and a passenger, and both died at the scene in Perth, Australia.

Crowds were on the shoreline in the city in the lead up to a fireworks display and many boats were sat on the Swan River when the accident occured.

Video footage shows the fixed-wing white stunt plane circling before it nose dives into the water. 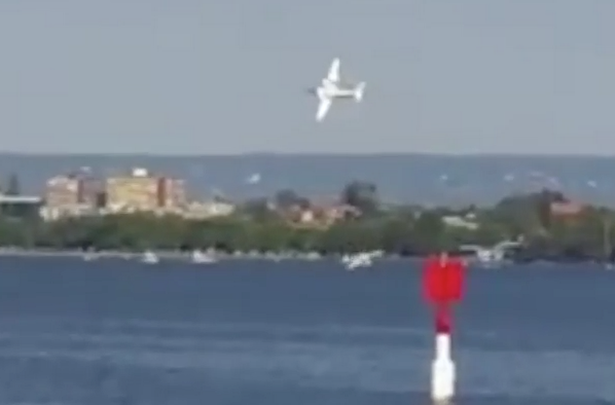 The moment the aircraft hits the river is hidden by a boat.

Onlookers said the plane was following another water plane south along the river before it banked and seemed to stall, before going down.
Betting Tips on Whatsapp News Updates
Subscribe to Youtube
Related forums

I Was Condemned For Returning ₦100,000 Forgotten By Passenger – Keke Rider

Teenager Robber Arrested For Killing Motorcyclist Reveals Why He Did It