Photos: 'I Abandoned My Five Children To Become A Lesbian' - Woman Confesses

Journalist Ihechukwu Njoku sent me this exclusive story to me that will touch your heart. Read below:


A YouTube video showcasing a heartbreaking tale narrated at a popular church in Lagos has been uploaded to the internet, a Nigerian lady confessing her sordid journey into l£sb!anism and its horrific consequences upon her young family.


According to Mrs Blessing Okoma, a happy marriage blessed with five children was thrown into turmoil at the premature death of her husband. Whilst mourning his demise, Blessing had a sickening nightmare. An elderly lady slept with her, ending the inhumane act with the weighty words, ‘Do you know your husband gave you to me? 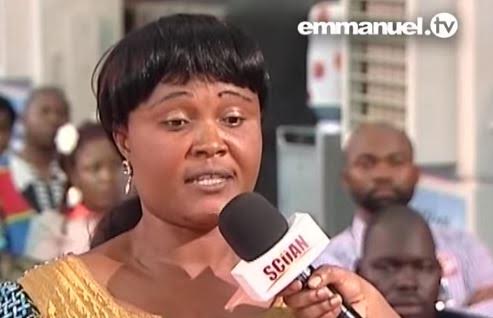 Blessing awoke in a cold sweat. She knew that gnarled, ugly face. Casting her mind back to their initial courtship, Blessing recalled
a ‘covenant’ her husband insisted she agree to. “He took me to a spiritualist in his village,”
she recounted to the sombre congregation.


“That spiritualist then took my blood and my husband’s, cooked it with soup and we ate it together.” The same female witchdoctor who intimated the ‘covenant’ was the one that intimately met her that fateful night.


From that day forward, ‘the spirit of a woman’ entered Blessing and everything changed. “I no longer had affection for men,” she confessed.


“I used to go for beautiful girls. Because of this power in me, when I approached a girl, she would accept immediately and I would behave as a man to her. I am the husband; she is the wife.”


Blessing would prowl schools to s£duce secondary school students, under the ‘spell’ of a force beyond her control. “I felt like a man and behaved like a man,” she said, introducing countless young ladies in school and university into l£sb!anism.


Infatuated with a certain lady she encountered, Blessing took her home one day. “My children were outside praying,” she slowly recounted, wincing in remembrance of her dirty past.


Her youngest daughter walked into the house minutes later and met her mother in bed with her lover. She screamed. Embarrassed and incensed, Blessing’s partner gave her an ultimatum – ‘It’s either you choose me or your children.’ 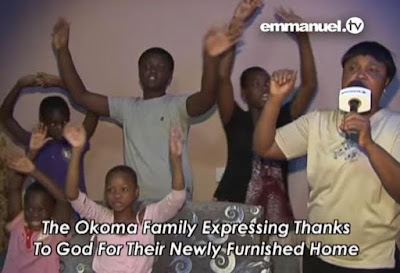 [ads4]
“Because I loved what I was doing, I sent my children away,” Blessing admitted, much to the shock of the crowd. “I didn’t care about them or have any motherly love. That spirit would make me beat the hell out of my first daughter. I wanted to kill her.”


Blessing dispatched her five children to be ‘house-helps’ across the country. Robbed of both fatherly and motherly care, her young children were scattered, all of them leaving school to become domestic servants.


However, after a dramatic ‘deliverance’ at The Synagogue, Church Of All Nations (SCOAN), Blessing said her eyes had opened. “When I see a woman now, I know you are a woman. I don’t have the urge for women again in my life. I want my kids back.” 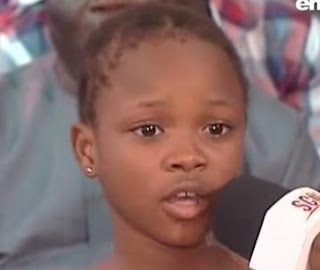 The clip fast-forwards to a week later, Blessing standing next to five young individuals in the same church. “These are my children,” she told the congregation, the family standing together for the first time in four years. 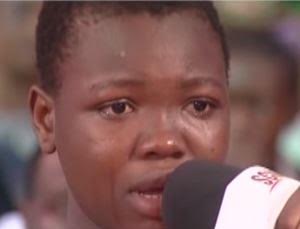 “Before, I didn’t differentiate between a man and a woman. Now, the spirit of a woman has gone from me. Man of God, help me to beg my children because I know I have suffered them.”


Happiness, her eldest daughter, didn’t mince her words as she addressed the church. “My mother is so wicked to us,” she said, tears streaming from her innocent eyes. 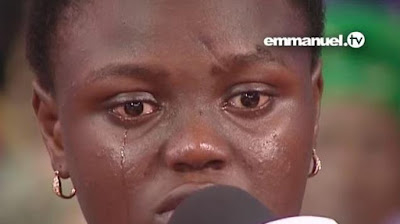 “She beat me up and broke my head,” she continued, showing a large scar close to her eye. “Since four years, I have not seen my younger siblings. I thought they had died.”


Tears peppered the face of Amaka, her next daughter. “She suffered us as a slave,” the little girl told the quiet church. “She used a table to hit my younger brother; he almost died.”
Ebuka, Awele and Ifeanyi all echoed the sentiments of their sisters. “We hate her so much.”


Addressing the young children, Pastor T.B. Joshua spoke softly. “After prayer, the spirit of this past pain will be removed,” he assured them. “We will ensure you all go back to school.” Joshua then prayed for the young children, all of them falling to the ground.


The touching story does not end there however.
The clip continues to show the family reunited in a new house, purchased for them courtesy of Pastor Joshua and his ‘Emmanuel TV partners’.


“This is not a house; it is a palace,” beams Blessing as she looks around at the fully furnished apartment in Lagos. Smiles lighten the faces of her five kids. With scholarships to continue their education provided, hopes for the future had been remarkably reawakened.
Betting Tips on Whatsapp News Updates
Subscribe to Youtube
Related forums