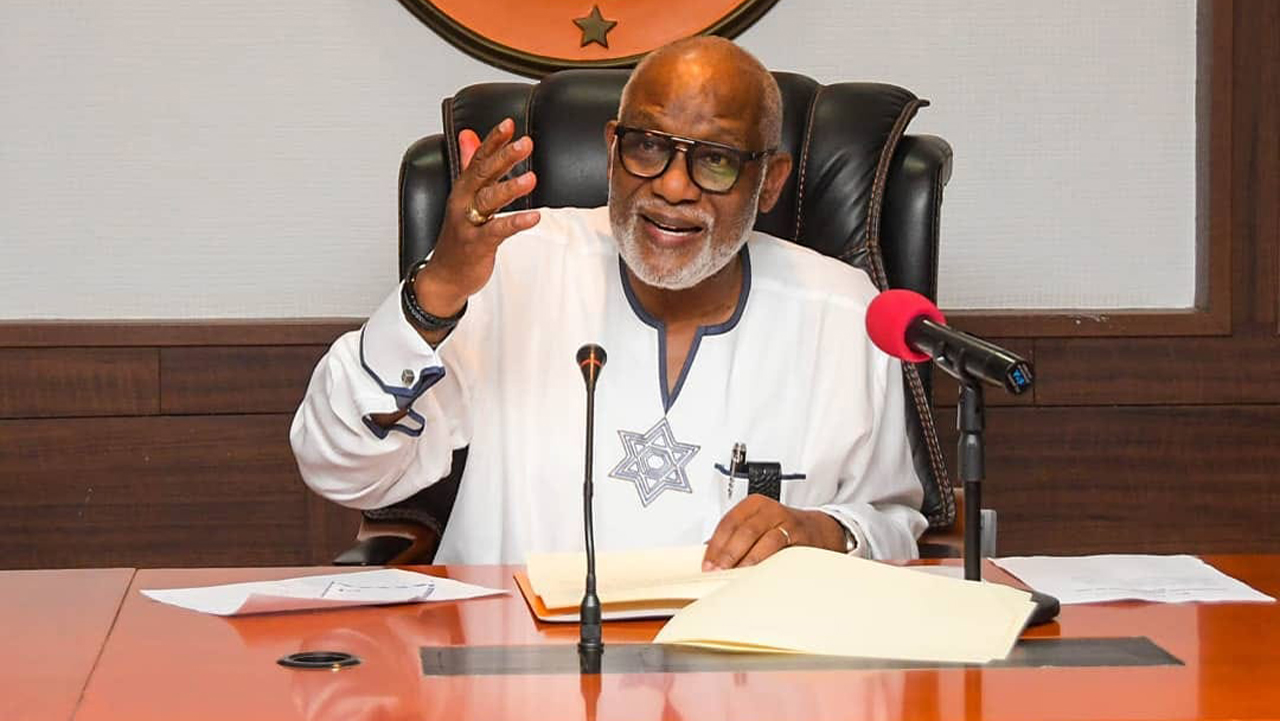 The dust is yet to settle over controversies trailing the same faith ticket of the ruling All Progressives Congress (APC) ahead of the 2023 general elections, as Ondo State governor, Oluwarotimi Akeredolu (SAN), has begged Christians to look beyond religion and focus on the competence of the presidential candidate.

APC presidential candidate, Asiwaju Bola Tinubu, had selected former governor of Borno State, Kashim Shettima, as his running mate. His decision to run alongside a Muslim like himself was met with harsh criticisms from the Christian Association of Nigeria (CAN) and the Pentecostal Fellowship of Nigeria (PFN), led by Bishop Francis Wale Oke.

Speaking on Sunday evening at the 40th Holy Ghost Convention Dinner of Oke’s Sword of the Spirit Ministries held at the International Conference Centre, University of Ibadan, Akeredolu said like millions of Christians in the country, he is also worried about the Muslim-Muslim presidential ticket of his party.

“Luckily, it did not only come to South, it came to the Southwest. Now, where do we stand? I understand our feelings because I’m one of you. I am a Christian. All of us here are worried. What will be our gain, and why is my party, the APC, throwing up a Muslim/Muslim ticket?” he said, according to a statement by the governor’s Chief Press Secretary, Richard Olatunde.

Akeredolu said the struggle for the President of Nigeria to come from the Southern part of the country in 2023 should not be in vain.

“It has been a real issue for all of us. Even members of the party, it has been an issue for us. We have debated it, fought it and we have done so many things about it. I have always said to people, my fight is for Southern President,” he said.

The governor pleaded with Christians to look beyond religion and focus on the competency of Tinubu and Shettima.

“We call it a matter of coincidence. It is a matter of conscience. All of us are here, why don’t we look at it from one angle? The buck stops on the table of the President. Do we have a capable hand who can manage the affairs if given the opportunity? Do you have a man who is bold enough to challenge incursion into our land? That is it.

PRESIDENT of CAN, Archbishop Daniel Okoh, has urged Nigerians, particularly Christians, not to sit on the fence come 2023 general elections, as was the case in past election cycles.

Speaking at the opening of the second plenary meeting of the Catholic Bishops’ Conference of Nigeria (CBCN) at Sacred Heart Pastoral Centre, Orlu, Imo State, yesterday, Okoh described the 2023 general elections as one valid opportunity that Nigerians have to turn around the fortunes of the country for good, hence, the need for active participation of all eligible Nigerians to ensure that credible people are elected into political offices to run the affairs of the country.

Okoh appealed to the participating Bishops and other senior Catholic Church officials to continue to support the election monitoring team set up by CAN to do a good job in the general elections.

“I also request that you continue to use your highly-revered positions to remind your parishioners and indeed all Christians in Nigeria of the danger of not actively participating in partisan politics, as this is where all the decisions that affect our lives, choice of worship and economy are decided.”

Okoh, according to the statement signed by his media adviser, Luminous Jannamike, also condoled with the Catholic Church faithful over the numerous kidnappings, gruesome murder of many Catholic Priests and Reverend Sisters and senseless killings of worshippers in the sanctuary by terrorists and bandits in recent times.

MEANWHILE, the APC Presidential Campaign Council (PCC) has debunked what it described as false and misleading posts on various social media handles of supporters of Peter Obi, the presidential candidate of the Labour Party (LP), that Tinubu, the ruling party’s presidential standard bearer, is withdrawing from the race on health grounds.

The Minister of State for Labour and Employment and APC-PCC spokesperson, Festus Keyamo, in a statement made available to the media, said the post is nothing but a figment of their imaginations.

Keyamo said Tinubu is strong, healthy and fit enough for the coming campaigns and the opposition will hear loud and clear from him soon.