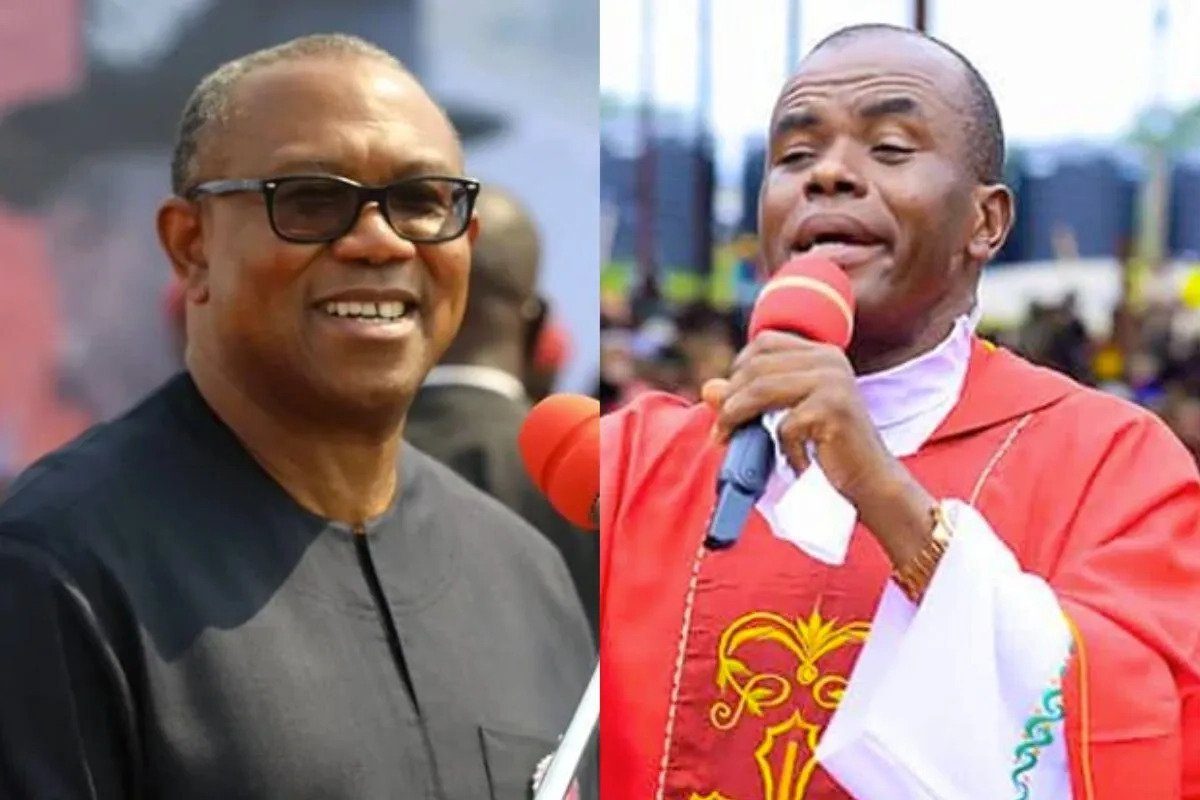 DAILY POST had reported that the ministry was shut down after Mbaka’s outburst against the Labour Party Presidential candidate, Mr. Peter Obi.

A protest from the adoration parishioners did also not help matters as a man was seen in a viral video threatening to kill Bishop Callistus Onaga of the Enugu Catholic Diocese.

Mbaka had earlier come out to say that the young man in question has mental issues and declared that he would never be part of any plan to harm the Bishop.

Reacting in statement made available to DAILY POST on Wednesday, the OYC said the prolonged closure of the Adoration Ministry was a time bomb waiting to explode.

The statement was signed by the OYC National President, Mazi Okwu Nnabuike and the Secretary, Comrade Obinna Achionye.
The group said they had been making efforts to calm the frayed nerves of Fr. Mbaka’s followers, stressing that it would be difficult to hold them for too long.

While alleging deliberate plot to frustrate Fr. Mbaka out of the ministry, the OYC said, “instead of being an upper room ministry which is what it is, like the Ebube Monso Ministry and the Catholic Prayer Ministry, Elele, Mbaka’s own has now been converted into a chaplaincy.

“Our information revealed that there is a serious gang up and conspiracy against Fr. Mbaka, in addition to plans to take over everything he has laboured for in life, with a view towards crippling his source of magnified charity to the poor masses and send him out to overseas for further studies after 28 years of his priestly ordination.”

The Ohanaeze youths also claimed to have uncovered plans to build a seminary at the Adoration ground, noting that, “if actually it is about Peter Obi, Fr. Mbaka has even apologized for his statements, and we had expected the Church authority to forgive him in line with Biblical injunctions. After all, what he said was a prophecy, the right thing was to pray against it.”
On the threat video, the group said the personality involved was a known mentally unstable character and that no one should lose sleep over “his rantings.”

They appeal to Bishop Onaga “to consider the numerous people Fr. Mbaka puts food on their table everyday. We are saying this because should they take to the streets, it would be difficult to control them. In fact, the situation is just a bomb waiting to explode. We have been talking to them but we don’t know how long we can hold them.

“This is a man who takes care of over 25,000 persons either by direct employment or charity interventions. Such a person should not be treated with levity.

I Am Groot Release Date & Time on Disney+