Pastor Sunday Adelaja, founder and senior pastor of one of Europe's largest churches, The Embassy of the Blessed Kingdom of God for All Nations church in Kiev, Ukraine, is currently battling a messy adultery scandal following allegations that he had extramarital affairs with at least 20 women in his church and confessed to it.

Adelaja, who boasts among his congregants - former Mayor of Kiev Leonid Chernovetsky, is regarded as one of the most successful pastors in Europe with more than 25,000 members and 700 daughter churches in over 45 countries.

On the church's website, he is pictured with a number of influential world leaders, pastors and entrepreneurs such as former President Bill Clinton, actor Mel Gibson, Richard Branson and Bishop
T.D. Jakes.

Right now, he is under fire to step down as the spiritual head of the church but the pastor has denied all allegations leveled against him, saying it is an attempt by some people to take over the church from him.

According to the Russian Union of Christians of Evangelical Faith, Adelaja confessed to having committed adultery after a number of female parishioners came forward and revealed his affairs with them to other area pastors.

The pastors then made the revelations public, saying in a statement:
"At a meeting of pastors and board of elders of the Ukrainian church 'God's Embassy' on 23 March in Kiev, the famous preacher Sunday Adelaja confessed that for a long time he lived in the sin of adultery and that he repented before the audience''.
Apostle Ulysses Tuff of The Way The Truth and The Life Christian Center in Decatur, Georgia, who was reportedly providing spiritual care for Adelaja and his church for several years, announced the influential preacher's defrocking and removal from all forms of ministry "until restoration." Only to be shocked by the pastor's reactions.

Anatoly Belonozhko, who insists he only learned of Adelaja's failure last December, resigned as a bishop with the Embassy of God in March because he does not believe Adelaja wants to be helped.
"We, as a church elder, began to create new projects and exercises to heal and restore the church, a new structure, and of course, help to our pastor. But Pastor Sunday in writing categorically rejected our help … humiliating us and saying that we have no power to tell him what to do and how to do it and that he knows how and what to do," he wrote in a translated statement.
Apostle Tuff also concluded in a statement released by the Russian Union of Christians of Evangelical Faith that Adelaja was unrepentant and refuses to submit to spiritual and moral authority.
"During my meeting with Pastor Sunday and his wife (Pastor Bose), Pastor Sunday said that I should just tell him what to do, and he will do it," explained Tuff in the statement.
On deeper investigation, however, he said he realized that Adelaja had deceived him.
"Initially, Pastor Sunday informed me that he left the service, and no longer appears in the church, and he also said that he repented in front of all the victims. I found that all these actions were superficial," said Tuff.
"Pastor Sunday mentioned that he had a relationship with 20 or 30 women, probably, the number was more, he could not remember," noted Tuff.
Tuff said he met with a number of Adelaja's victims and they concluded that he needs "psychiatric help."
"I talked with many women (married and unmarried), as well as with their husbands, and they shared with me the pain, described how pastor supervises them, and how he manipulates people.… All the stories were equally horrific, disgusting and depressing. People are very sorry about the current situation with the pastor and wanted him to have psychiatric help," said Tuff.
Tuff explained that on March 23, he shared a course of discipline with Adelaja based on scriptures from 1 Timothy 3: 1-7; 5: 17-25 and Titus 1: 5-9. He said he pointed out to Adelaja that his actions not only defiled his own marriage but "a lot of other couples and unmarried women whose lives may be totally destroyed that could lead to the fact that all these people are away from the LORD."

He said he told Adelaja:
"Pastor, you have sinned against God (Father, Son, Holy Spirit), you have violated the Word of God and perverted it to [your] own lustful purposes, you have sinned against [your] wife, [your] children, against the married and unmarried women, against the church 'Embassy of God,' the Body of Christ at the local, national and international levels, as well as against me, Apostle Tuff delivered by God as your spiritual cover. Your fall was known in the church, we must resolutely deal with it according to the scriptures."
Tuff, however, was not satisfied with Adelaja's response to his counsel and resigned as his "spiritual" father, according to the statement.
"Apparently, Pastor Sunday does not feel any pangs of conscience, and does not realize the seriousness of his sin and abomination," said Tuff. "I will continue to pray for him and his family." 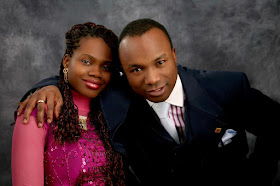 Pastor Adelaja however denied all allegations leveled against him, saying it is an attempt by some people to take over the church from him.
“That is not true at all; I have read what people are saying about me. The funny thing is that nobody asked me for any information; no interview was granted to anyone,”
Debunking all allegations against him, Adelaja told SUNDAY PUNCH in an email:
“It is actually an old story that was cooked up by some disgruntled members of my leadership team when they knew of my decision to hand over the church because of my plan to return to Africa.
“So, it’s a leadership tussle from those whose desires for church leadership were not granted. I’m happy with my wife. The church here in Ukraine is doing well. So I thank God that their stories though believed by some without confirmation is still false nevertheless.''
Betting Tips on Whatsapp News Updates
Subscribe to Youtube
Related forums

Pierre Johnson & Buddynice – Me Before You (Krippsoulisc Urban Ree Touch)