How Nigerian businessman losts everything after being falsely accused of rape 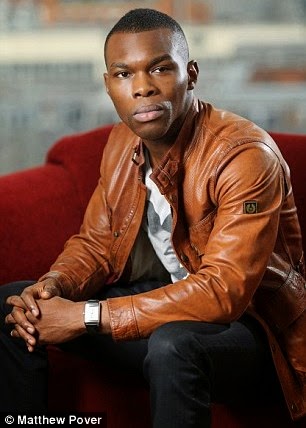 28 year old Spa owner Kayode Modupe-Ojo said he lost everything after he was arrested and put in jail for alleged rape. Something he never did and said if the police had checked his phone when they were investigating the false accusation, they would have realised that.

The businessman, who once dated David Beckham's sister Joanne Beckham, said his reputation has been destroyed and he lost his business because of this false claim by a woman he met on the internet and is now suing the police for failing to investigate properly, malicious prosecution and wrongful imprisonment.
[ads4]
According to UK Daily Mail,Modupe-Ojo,was arrested at his home in Cheshire shortly after spending two days with the woman. His accuser gave a harrowing but entirely false account of being tied up and moved around the north-east of England against her will, after a sexual encounter turned terrifyingly violent.

Kayode, who has lived in Britain since the age of three, was dragged from his bed by the police, handcuffed and questioned for three days without legal representation before being charged with multiple counts of rape and kidnapping.

On the basis of the woman’s lies, Durham Police declared he was ‘a danger to women’ and he was remanded in jail for three weeks.

Last week the Commons Home Affairs Select Committee called for people accused of sexual offences to be given anonymity. Mr Modupe-Ojo’s lawyer has referred the case to the Independent Police Complaints Commission.

Paul Schofield, of Farleys Solicitors, said: ‘It illustrates the flaws of a legal system that names and shames those accused of sex crimes, without giving them any protection when the accusations turn out to be untrue. Even though it was obvious in court that the woman lied and lied, she is still protected by the legal system because no criminal charges have so far been brought against her.

'As things stands she has a lifetime anonymity while my client remains tainted by the abhorrent stigma of a rape charge. It’s also clearly a case that would not have gone to trial if the police had done their jobs correctly. It was as if they couldn’t be bothered.’

Mr Modupe-Ojo was acquitted when his trial at Newcastle Crown Court collapsed last year due to glaring discrepancies in the prosecution case.

But he said that by then the damage had already been done. ‘The judge directed the jury to acquit me, but my reputation was left in tatters,’ he says. ‘There are people out there who think, “no smoke without fire”.

‘It is grossly unfair that my details have been in the media, while my accuser gets away without a blemish to her name. Rape is one of the most repulsive crimes there is.

‘A false claim not only ruins the lives of innocent men, but it damages their families. I did nothing wrong and yet this case almost destroyed me.’

He is supporting demands that men accused of rape also remain anonymous, unless convicted.

What Mr Modupe-Ojo describes as ‘the most terrifying period’ in his life began in August 2013 when he responded to a ‘friend request’ on Facebook from a beautiful blonde woman he had never met before. The law prevents us from naming her even though the court found her allegations to be entirely false
He says: ‘She was very attractive. We texted and Skyped each other before meeting. She was the driving force behind our meeting and I was flattered by her attention.’

During their time together Mr Modupe-Ojo took the woman to restaurants, a club and they stayed in two hotels which she booked and paid for. He also drove her home to pack an overnight bag and spent 30 minutes talking with her mother.

‘My accuser was alone in her room upstairs and could have used her phone to call for help if I had been the mad rapist she made me out to be,’ he added. ‘I told all of this to the police questioning me.

'I also gave them the passwords to my phone and laptop so they could check the correspondence between us.’

He still has text messages she sent after they parted. There were also numerous CCTV images of the pair cuddling, kissing and holding hands.
Betting Tips on Whatsapp News Updates
Subscribe to Youtube
Related forums

We are doing our best to serve you better - Nigerian police