Guys, meet Indonesian teenager Ari Wibowo who sheds his skin like a snake every 41 days

Ari has shed his skin every 41 days since he was born 16 years ago. He must soak his body in water every hour - night and day - and smear himself with lotion every three hours to prevent drying out.
Photographer Nurcholis Anhari Lubis, 35, has documented the little boy’s condition as part of an essay project and describes the boy's skin condition as ‘scaly like a snake about to shed his skin’. Mr Lubis told Daily Mail Australia:

‘It’s really sad because he was not born normally and has scaly skin all over his body,
similar to being severely burnt, from the sole of his feet up to his head. If the boy doesn't moisturise or soak his skin in water, his body would shrivel and harden up like a sculpture and he won't be able to move. If he leaves it unattended for too long, he won’t be able to speak because the wrinkles inside his mouth would go hard and it would dry out all his blood in his body.' 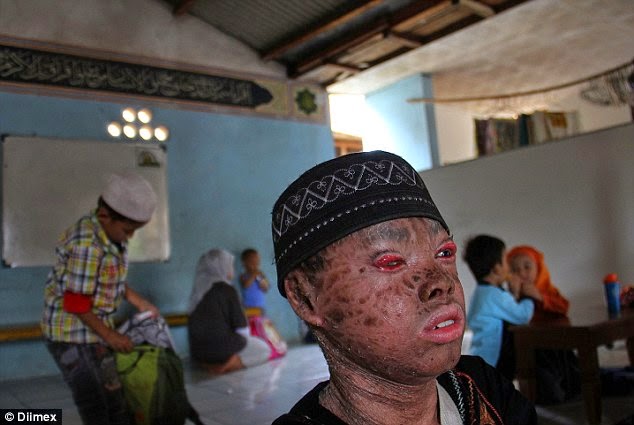 Mr Lubis said Ari's family were told by doctors at the hospital where he was born that it did not have the resources to treat the condition, and asked them to take the infant away. He and his family now live by a routine of constant washing and dressing his skin with creams. Still, the boy is trying to live a normal life in his village. Mr Lubis continued:
'He eats normal food like everyone else and his favourite snacks are instant noodles and crackers. He had trouble making friends when he was younger and would often go and play with the other kids but most of the time, they would avoid him because he is different to everyone else.'

Ari is taking lessons, but is forced to study alone because of ignorance about his condition in the community.
‘No schools are willing to accept him because they fear his skin condition would be contagious to teachers and other students,' Mr Lubis said.

Ari also suffers prejudice because of superstitions in his village. Mr Lubis said many people blame Ari's condition on a superstition that if a woman mistreats animals while she is pregnant then it will affect her unborn child. Some people believe Ari's mother ‘tortured a lizard’ she found in the family home when she was pregnant with Ari. Ari has trouble talking because of the condition and the vision in his right eye is impaired, while the left must be kept moist with constant drops. 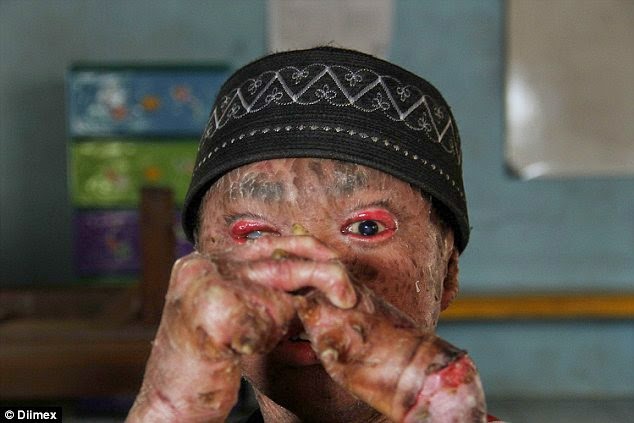 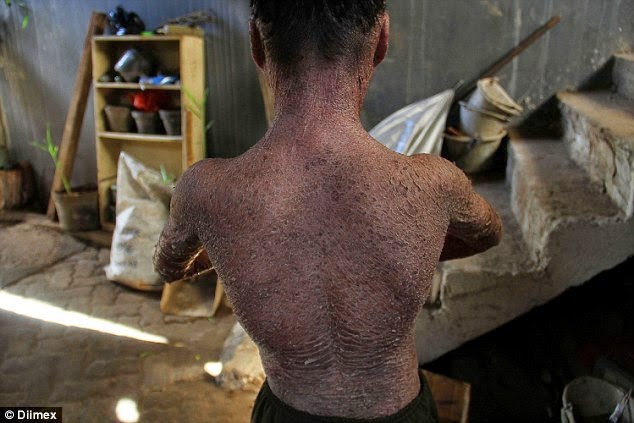 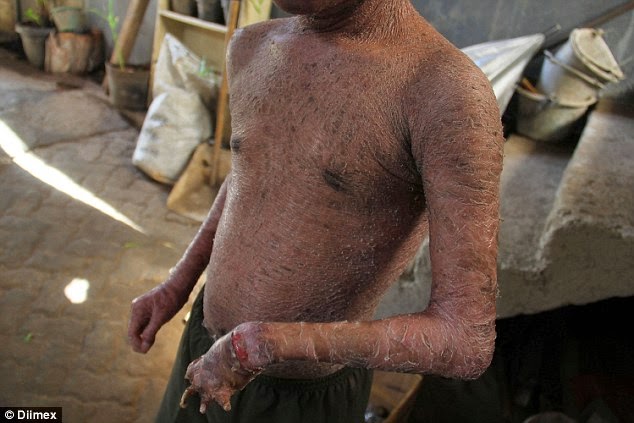 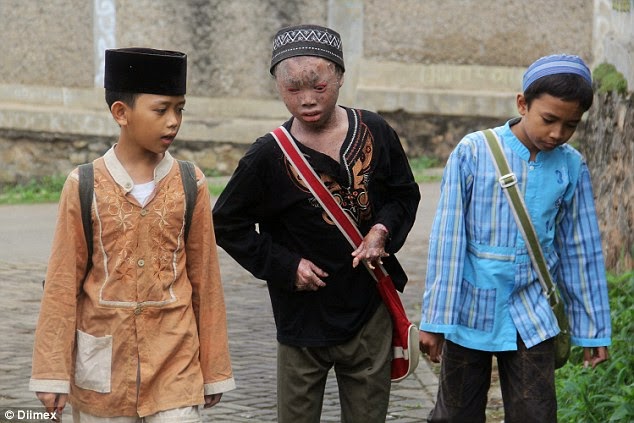 LETS TALK!! Which Person In The Bible Will You Love To Meet In Person??

Queen Amara – Jah Will Be There