This is a list chosen by Michael H. Hart, from the book "100 most influential people in the world". He chose people on a ranking of who had done the most to influence the world.

3) Jesus Christ (c.5BC – 30 AD) Spiritual teacher and central figure of Christianity.He is among the prophets of Allah and also the son of Mary. 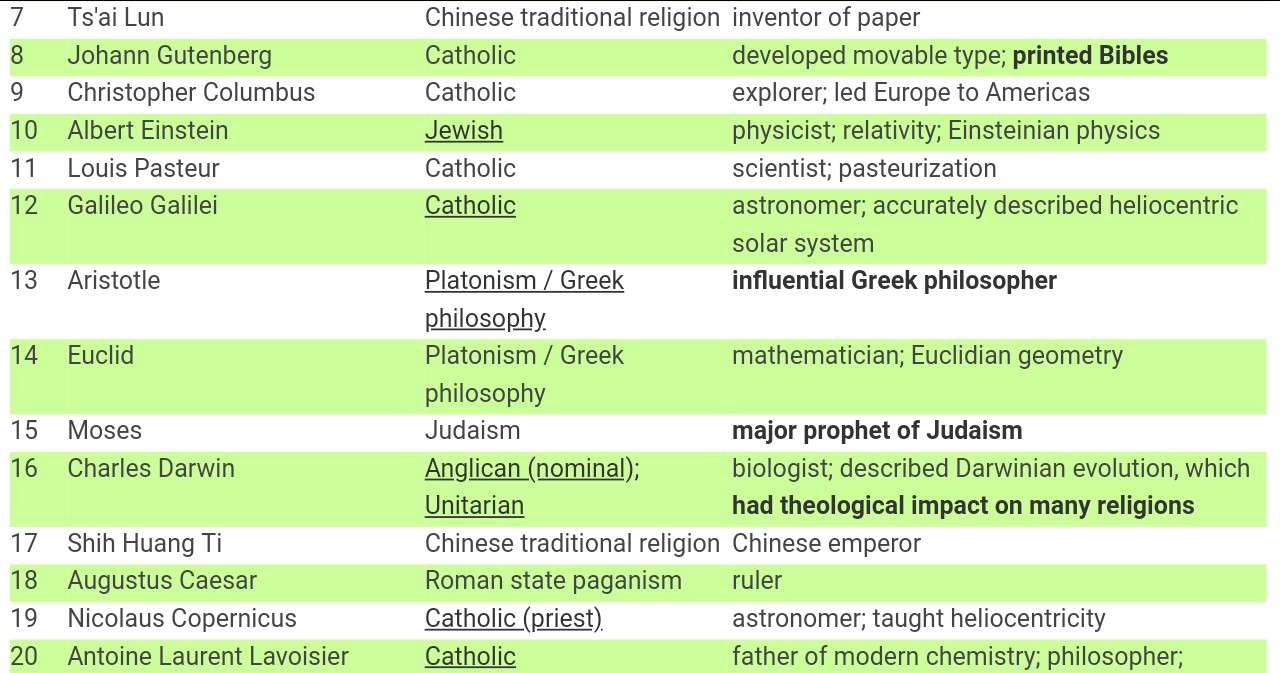 11) Louis Pasteur (1822 – 1895) French biologist. Developed a cure for rabies and other infectious diseases.

19) Nicolaus Copernicus (1473-1543) Renaissance mathematician and astronomer who believed Sun was the centre of Universe – rather than earth.

20) Antoine Laurent Lavoisier (1743 – 1794) French chemist and biologist who had leading impact on the chemical revolution.

The Wheel of Time Recasts Major Character for Second Season

Is This The Right Time To Buy Cardano(ADA)? Know What Analyst Thinks?

This is what cryptocurrencies were worth this time last year