Police said in a statement that they had made contact with Pastor Tim Omotoso and his arrest was being arranged.


Omotoso, a Nigerian national, is the leader of the Jesus Dominion International in Durban, South Africa.

Several female members of the pastor's church have come in recent times to accuse him of luring them into his house to molest them sexually. 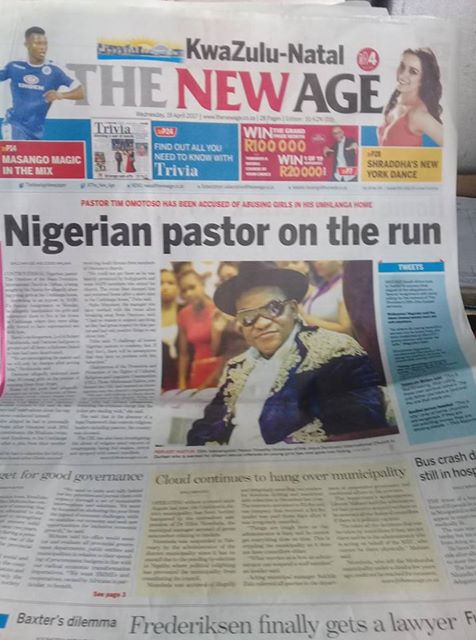 Most of the church's members are young people, who say he has betrayed their trust.

Nigerian Man Arrested In India With Drugs Worth Over N1billion

Umu Obiligbo - Not For Everybody ft. Rudeboy (Video)

Where My Heart Belong (2021 Nollywood Movie)

One the Woman (Korean)