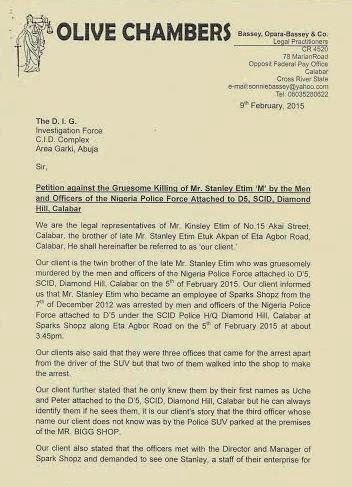 The family of a young man named Stanley Etim who worked at a popular supermarket called Sparks in Calabar is accusing the police in the state of killing him. According to a family source, Stanley had had an issue with a girl who was allegedly connected with a police man. Three officers of the Calabar police force showed up in a private vehicle last week Thursday to arrest him at the supermarket and took him away. They said they were arresting and charging him with armed robbery.

The following day, Stanley's family members were at the police station to bail him and challenge the police but were told nobody was arrested by that name or any case booked at the station the previous day. But some other detainees shouted that Stanley been shot and taken to the police clinic in Calabar. The family said until now, neither the corpse nor Stanley has been seen by the family. His family have now petitioned the Commissioner of police and Attorney General of the federation..
[ads4] 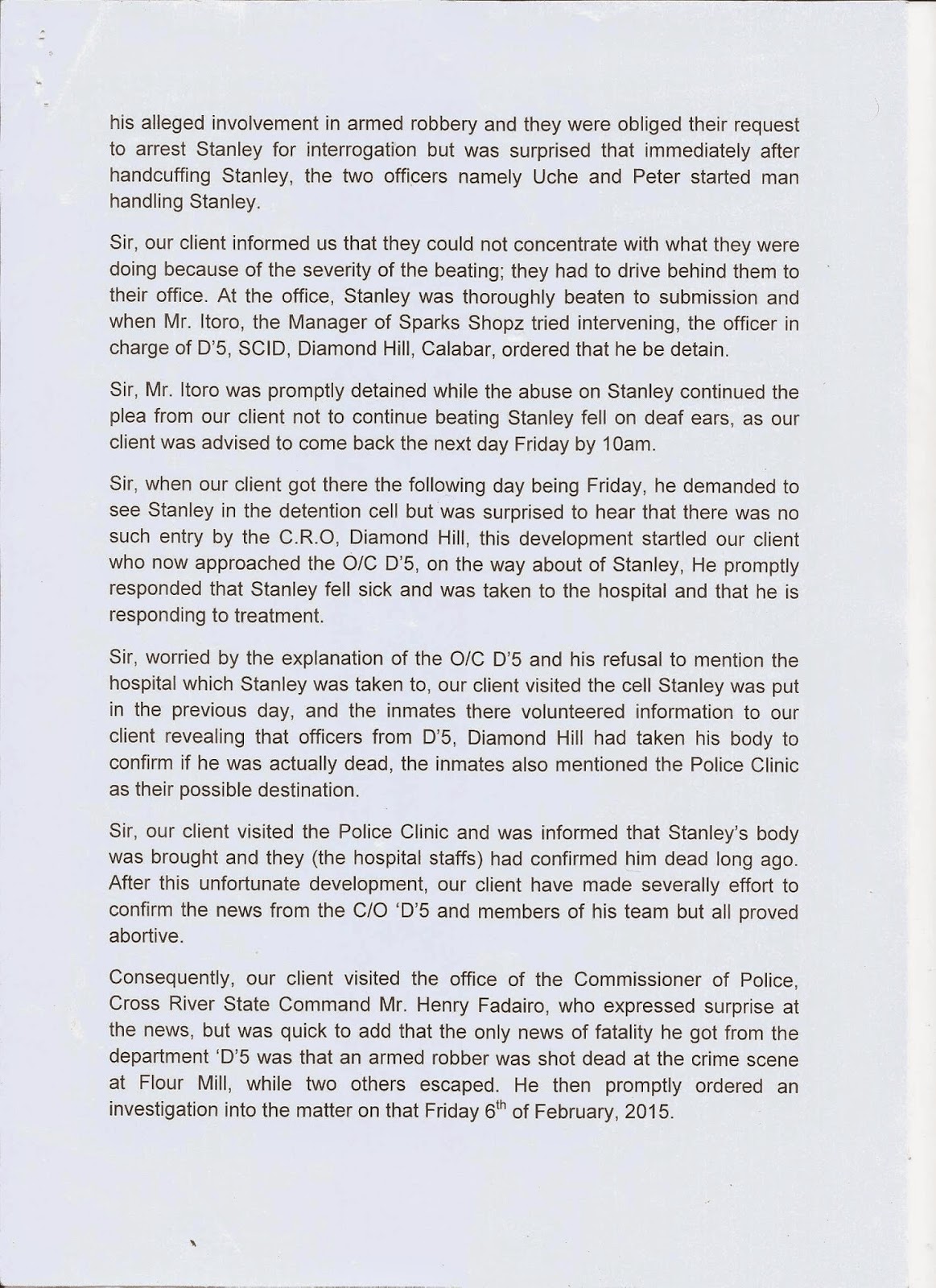 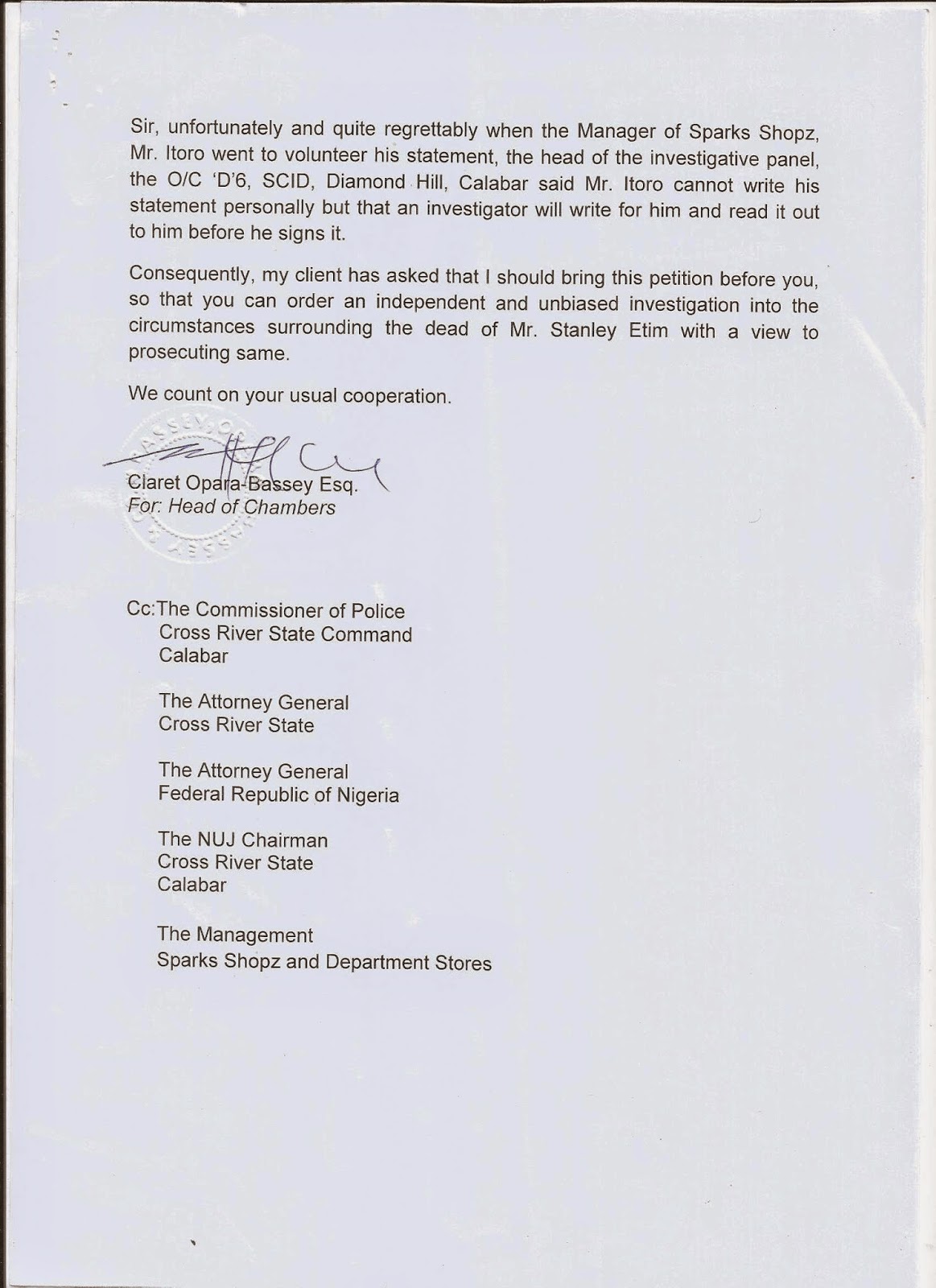 Solskjaer Reveals What Man United Strikers Must Learn From Cavani