Pics: NNPC shuts down clinic in Lagos over suspected patient with Ebola virus

There was panic in Victoria Island today after a suspected Ebola patient was found to be admitted at the Nigerian National Petroleum Corporation, NNPC clinic on Muri Okunola.

The patient was said to have first been admitted at First Consultant Medical Centre around the same time Liberian Patrick Sawyer was at the clinic. Men suited in white safety clothing and an ambulance were seen at the hospital around one 1pm today.

Though there's no definite confirmation that the patient is infected with Ebola, the Management of NNPC Clinic later announced the indefinite shutdown of the clinic.. 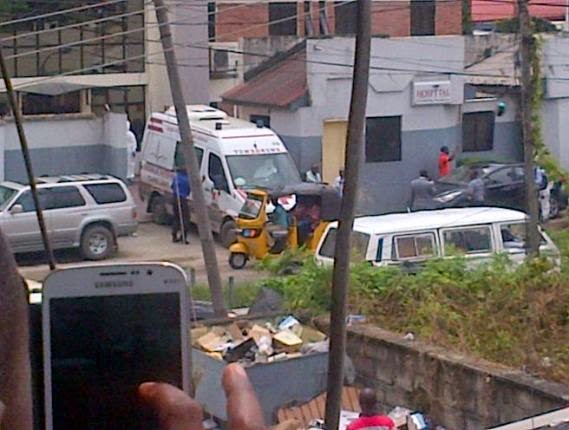 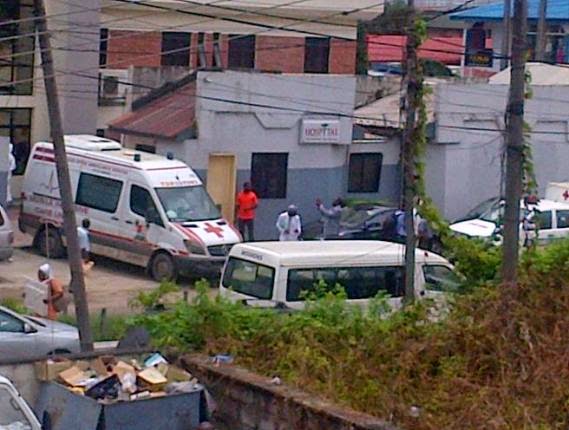