Ebola outbreak in Guinea: 5 things you should know 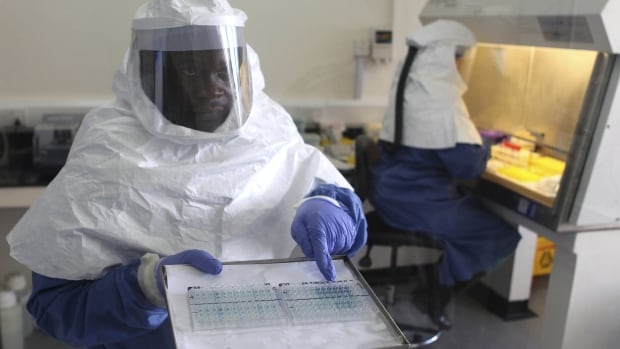 Some residents in western Uganda say they are too scared to go shopping in local markets, visit churches or mosques or travel freely for fear of catching the Ebola virus, which has already killed 16 people. (Edward Echwalu/Reuters)

The deaths of more than 50 people in the West African nation of Guinea due to a violent fever has renewed concerns about the deadly Ebola virus, which caused global panic in the 1990s and early 2000s.

Guinean officials confirmed March 23 that samples from victims of a viral hemorrhagic fever have tested positive for the Ebola virus, marking the first time the virus has been detected in this African country.
Ebola hemorrhagic fever is a severe, often fatal illness that can occur in humans and primates such as monkeys and gorillas. According to the World Health Organization, Ebola fever has a fatality rate of up to 90 per cent. There is no known cure.

The virus gained worldwide attention in the 1990s after an outbreak in Kikwit, Zaire (now the Democratic Republic of Congo) killed 245 people. The severe, fast-acting nature of Ebola inspired a number of apocalyptic novels and movies, including the 1995 film Outbreak (1995).

There are five distinct strains of the Ebola virus: Bundibugyo, Ivory Coast, Reston, Sudan and Zaire.

While the virus hasn’t generated as much media interest in the past decade, it’s not for lack of outbreaks – prior to this latest one in Guinea, there were significant flare-ups in the Democratic Republic of Congo, Gabon, Uganda and Sudan in the 2000s.

Here’s a closer look at this dangerous and little-understood virus.

When did it first emerge?

According to WHO, Ebola first appeared in 1976 in two areas at once: in Nzara, Sudan, and in Yambuku, Democratic Republic of Congo (DRC). The latter was near the Ebola River, hence the name. 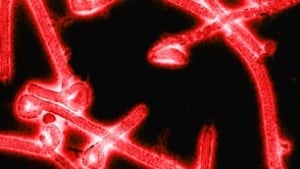 A microscopic view of the Ebola virus. ((Tekmira Pharmaceuticals Corp.))

How is it transmitted?

Ebola is transmitted from person to person through bodily fluids.

Humans first got the virus through contact with the bodily fluids of infected animals. As WHO reports, “infection has been documented through the handling of infected chimpanzees, gorillas, fruit bats, monkeys, forest antelope and porcupines found dead or ill in the rainforest.”

According to WHO, fruit bats are considered natural hosts for Ebola, and as a result, “the geographic distribution of Ebolaviruses may overlap with the range of the fruit bats.”

What are the symptoms?

Three of the five Ebola strains have been associated with Ebola hemorrhagic fever (EHF), which is characterized by internal and external bleeding. The virus's incubation period lasts about a week, and early symptoms can include chills, low-back pain, fatigue, diarrhea and headaches.

As the infection intensifies, individuals can experience bleeding from the eyes, ears and nose, as well as the mouth and rectum.

“What happens, in any hemorrhagic fever, is your blood vessels start to leak, and so that’s why you get bruises in the skin,” says Dr. Jay Keystone, a renowned travel physician and professor in the department of medicine at the University of Toronto.

“If your blood vessels are leaking out of the gut, you’re bleeding [out of the] rectum, and if your bleeding is in the stomach, you’re vomiting up blood.”

Illness sets in between two to 21 days after infection. In most cases, the time between the start of the symptoms and death is one to two weeks.

While EHF leads to a lot of blood loss, that’s not usually the cause of death, Dr. Keystone says.

“You die of shock from bleeding, but it’s more than that,” he says. The victim gets a viremia, which is when a virus enters the bloodstream and as a result, gains access to the rest of the body.

“You start to get a breakdown of body function,: Dr. Keystone says. "The kidneys fail, you may get secondary pneumonia. But in this case, it’s an overwhelming infection which causes a breakdown of tissue, release of what we call antigens, and then essentially you get a total body failure.” 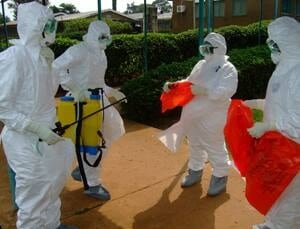 The World Health Organization reports that the Ebola hemorrhagic fever has a fatality rate of up to 90 per cent. (Isaac Kasamani/AFP/Getty Images)

Can it be cured?

There are no known cures or vaccines, according to WHO.

Patients are typically hospitalized and kept in intensive care, and may receive medications and intravenous fluids to cope with shock, as well as transfusions of fresh blood.

How is the current strain in Guinea different from the ones we saw in the 1990s and early 2000s?

The current strain is “more virulent,” says Dr. Keystone. Even so, he points out that Ebola’s reputation overshadows the actual threat.

What terrifies the public is “the thought that 90 per cent of people die,” and that “it kills you within a matter of a few days,” he says.

But Ebola, which has killed about 2,000 people since the late-‘70s, is inferior, in terms of efficiency, to a virus such as the human immunodeficiency virus (HIV), which “spreads quietly, silently, and millions get infected.”

With Ebola, "all the people who get it die," he says, which prevents those hosts from infecting more people.

BBNaija: “If You Want To Know My Worth, Follow Me To My Village” – White Money Reveals (Video)