Nigerian man mocks Wizkid for using an iPhone 8, says he shouldn’t be compared to Davido (Video)

Wizkid’s comparison with Davido has no limits, their rivalry opens the door to comparison of their talents, money, accomplishments and even personal items, by fans. One of such is this case, where a troll called Wizkid out after discovering that the Starboy was using an Iphone 8.

In the post we stumbled upon on social media, the man identified as @dimlawpr trolled Wizkid for using an Iphone 8 when his colleagues in the music industry have updated to the latest Iphone 11.

Indeed, in a video Wizkid shared on his Insta stories, he advertised Ciroc vodka nd the mirror of the bottle of the Vodka exposed his phone. Reacting to the video, the troll wrote on Twitter; 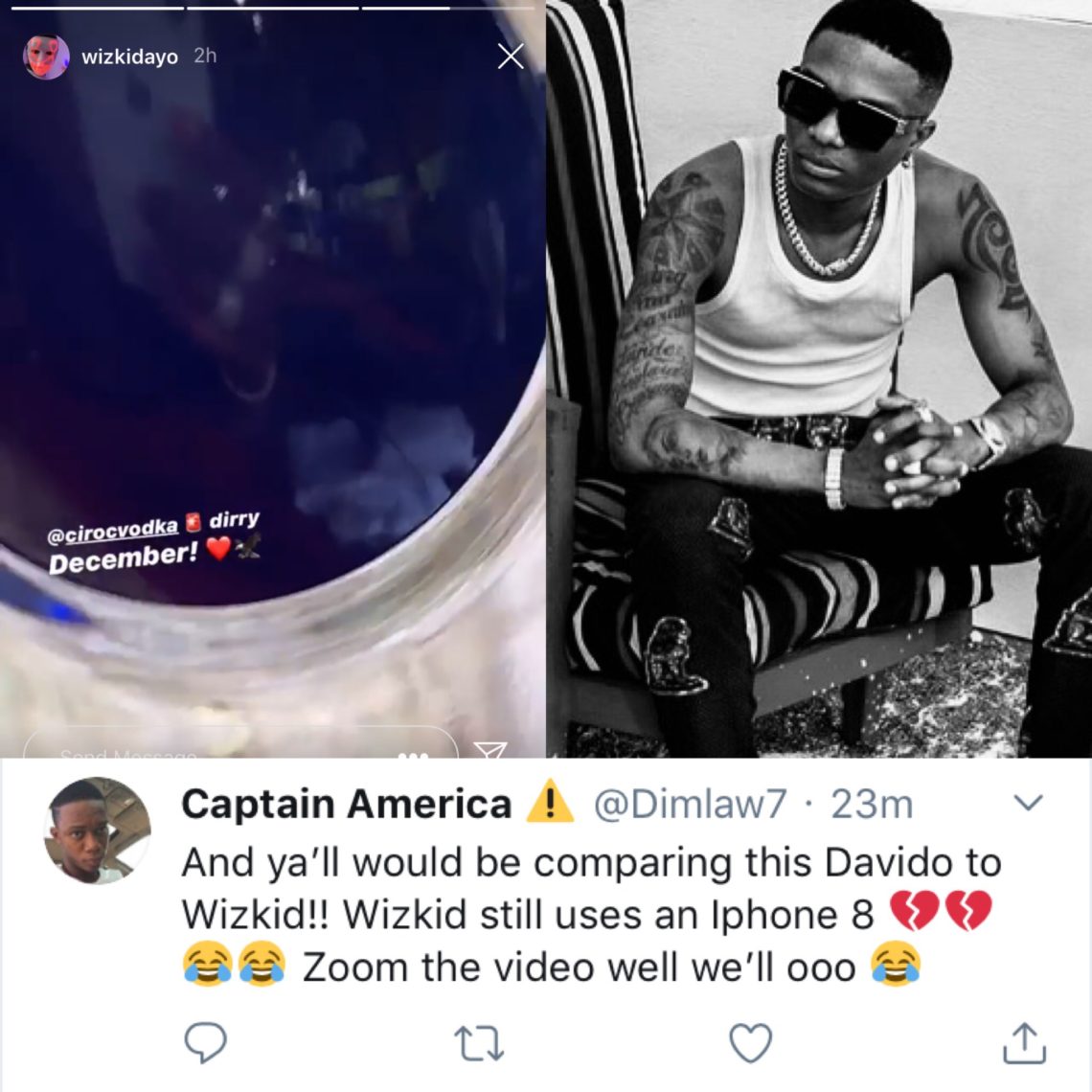 This is coming after soccer legend, Didier Drogba, who is from Ivory Coast, was spotted with an Iphone 6 when the Ivorian took a selfie with Paris Saint-Germain s£nsat!on Kylian Mbappe during the Ballon d’Or 2019 awards ceremony weeks ago.

His choice of phone caught the eyes of many, because he didn’t pull out an Iphone 11 or even Iphone X from his pocket but its the modest iPhone 6 that’s still being used by the football legend.
Betting Tips on Whatsapp News Updates
Subscribe to Youtube
Related forums