If Wizkid Is A Lion And Ycee Is A Beast, Then I'm Alangba (Lizard) - Don Jazzy

The Mavin Record boss and producer Donjazzy has reveal is own animal name has "alangba" (Lizard).


His fan approached him via twitter to ask for his animal name as Nigeria artiste now have their own animal name. Then the producer replied the fan and revealed his own animal name has "alangba", Which means "Lizard" in yoruba. 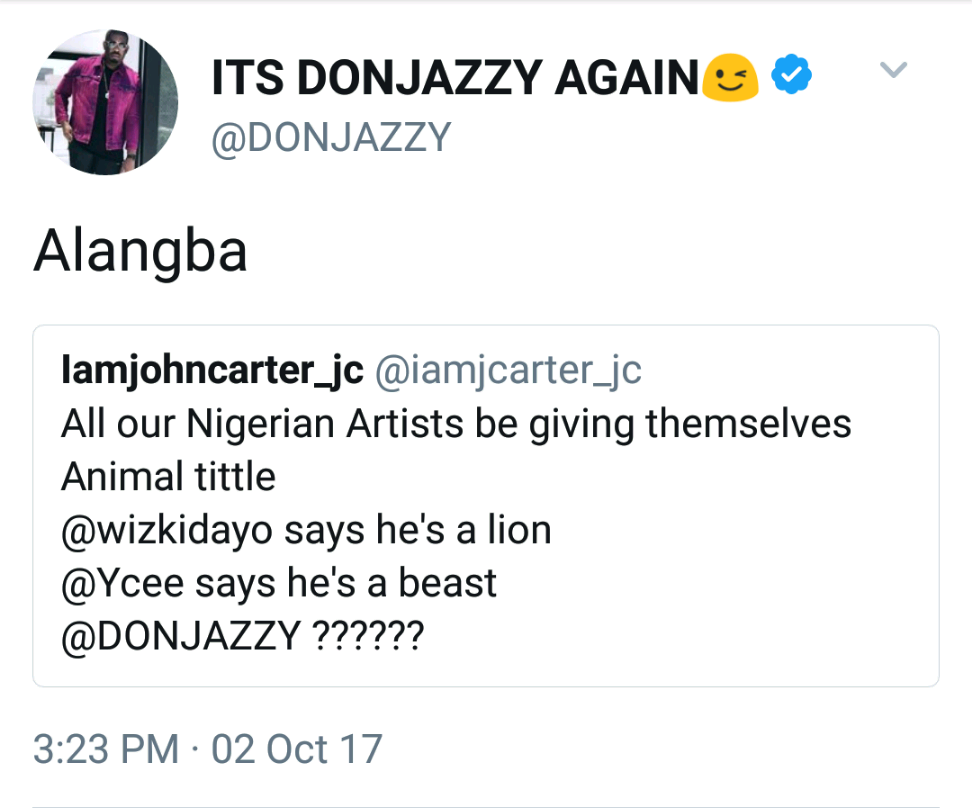 Age & Net Worth Of Don Brymo