YouTube Superstar KSI Dropped The Mic: ‘Bitcoin Is The Future’

The English rap singer – KSI – believes that people should not consider investing in BTC as “quick money” but as a long-term investment strategy.

The British YouTuber and rapper – KSI – revealed that he is a strong supporter of Bitcoin. According to him, the primary cryptocurrency represents the future, and hodlers would profit in the next years.

Olajide Olayinka Williams “JJ” Olatunji, better known as KSI – meaning Knowledge, Strength, and Integrity – opined strongly in favor of Bitcoin recently. Speaking to the British magazine GQ, he argued that the digital asset would play a major role in the future of finance. KSI went even further, stating that if he were the prime minister, he would distribute £100 worth of BTC to every UK citizen:

“I’d give everyone £100 worth of Bitcoin – like a Bitcoin stimulus package for all. I’m really into crypto. I think Bitcoin is the future. “

The 29-year-old rapper and YouTube star believes that the primary virtual currency is the right investment instrument for the long term. According to him, people who have allocated some of their wealth in it would “be laughing” in 10 years:

“It’s definitely going to be long-term, but in ten years’ time, people who invested will be laughing. I feel like a lot of people are not really seeing that: they’re trying to look for quick money like, ‘Oh, I want to get in and out.’ This is a long-haul thing and I’m here for the journey.”

Subsequently, KSI compared BTC to fiat money and gave his preference to the virtual asset. He reminded that while traditional currencies are inflationary, bitcoin’s amount is set, and “that has value.” 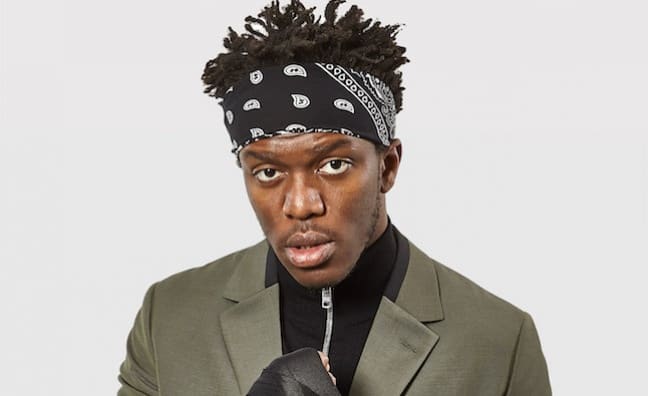 Other Rap Stars Who Are Keen on Digital Assets

Another popular rap singer who declared his support towards cryptocurrencies is DeAndre Cortez Way, better known as Soulja Boy. The performer who created a song named “Bitcoin” back in 2018 initiated a Twitter conversation at the beginning of 2021 with prominent individuals and hinted that he could explore launching his own digital asset.

Notable names such as Changpeng Zhao (Binance CEO) and Tyler Winklevoss (Gemini co-founder) were quick to advertise their products to the rapper.

Just a few weeks ago, Trevor George Smith Jr. – popular among his fans as Busta Rhymes – revealed to his nearly 4 million Twitter followers that he is a Bitcoin HODLer. He explained that the main reason to join the BTC bandwagon was the recent conversation between Elon Musk, Jack Dorsey, and Cathie Wood at The B Word Event

Bitcoin ETF In The U.S. Done, What’s Next For BTC