Bitcoin has retreated a little during Monday morning’s Asian trading session but it has closed a bullish weekly candle and is on track with longer-term price prediction models.

Bitcoin prices are currently in full retreat after a weekend high of $42,628 on Sunday. Markets are seeing red during the morning’s Asian trading session, and BTC was down 5% at $39,726, according to CoinGecko at the time of writing. Tradingview still has the asset above $40K on Binance.

The short-term pullback has been expected, and longer-term metrics are still in bullish territory. Crypto YouTuber and industry analyst Lark Davis observed that BTC had closed its weekly candle above the 21-week exponential moving average.

“Bitcoin just closed the weekly candle above a line of key resistance, and above the 21 week EMA!” 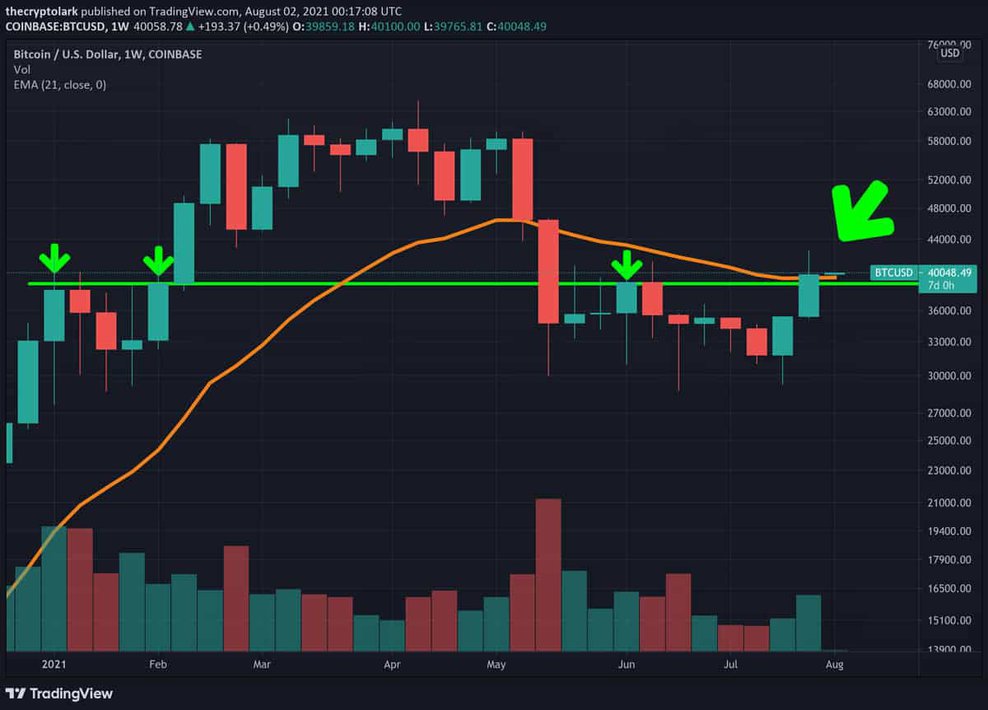 For shorter-term moving averages such as the 50 day and 200 day, BTC is right in the middle of the two. The 50 day EMA has now turned upwards while the 200 day is a little higher at $45K.

The popular stock-to-flow model is still on track, according to its creator, “PlanB,” who posted an update on Twitter yesterday.

“Bitcoin July closing price $41,490 … it bounced from the lows, like clockwork,” 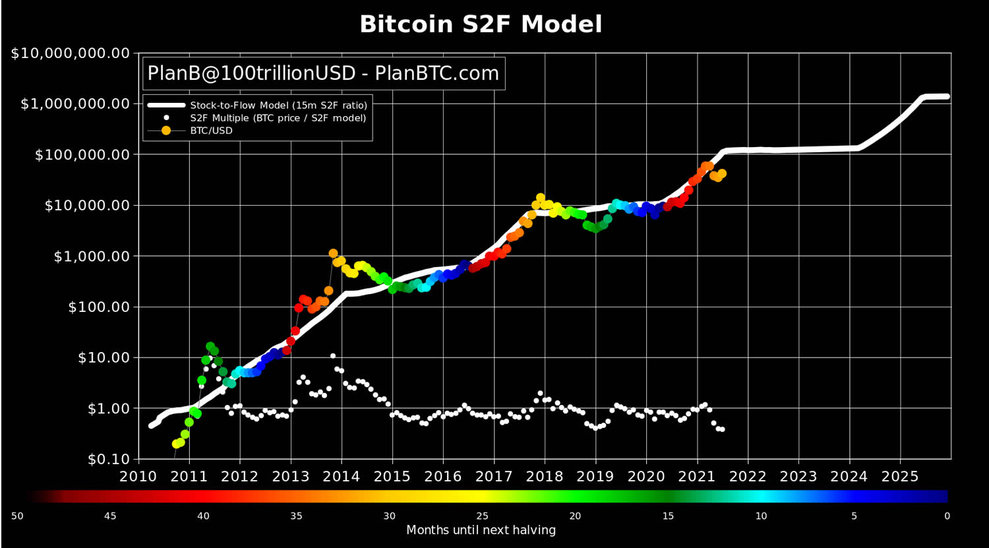 The S2F model was initially published in March 2019, delving into the relationship between the production of supply and the current stock available, essentially calculating and predicting BTC value through scarcity.

The model predicts that Bitcoin prices will reach $100K by the end of this year though it has been widely disputed. So far, though, the infamous model is holding true and with prices remaining within the bounds of its limits.

Analyst “Dave the Wave” posted a more bearish outlook with a cross printed on the monthly MACD (moving average convergence/divergence). Prolonged bear markets have followed this pattern when it has occurred over the past few years.

And there you have it folks. The cross on the monthly MACD. pic.twitter.com/TVMvyDCBcp

Bitcoin is playing the pied piper again as usual, and the rest of the cryptocurrency field is seeing red this morning despite a flip in the fear and greed sentiment.

The majority of high cap crypto assets have lost between 3% and 6% over the past 24 hours as the correction gains momentum.

The Girl Who Killed Her Parents (2021) (Portuguese)