" My Dogs Eat Better Than Some Of You " - Davido's Brother (Photos)

Davido's elder brother, Adewale Adeleke, has taken to Snapchat to brag to his loyal social media followers. He told his followers that his dogs eats better than some of them.

This is coming after one of the Davido's cousin mocked Runtown for buying a Lamborghini, even when he doesn't own a rolex.


Davido's brother, Adewale Adeleke is a Nigerian music producer and Chairman of HKN Music, a record label that is home to Shina Rambo, B-Red, Davido. He is also an executive director of pacific Energy. 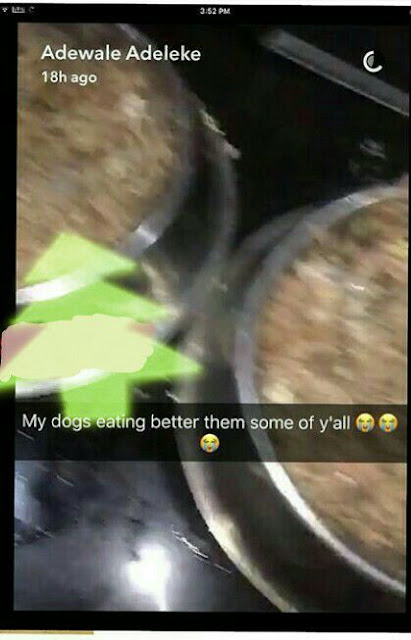