While Salvation Ministries has reacted to the rumor by stating that no one should speak evil or lies against any man of God, nollywood actress, Iyabo Ojo seems to be getting the worst hand in the bunch as l£sb!anism allegations that have been previously la!d against the actress seemed to have been confirmed by the incriminating letter sent to investigative journalist, Kemi Olunloyo by one Ebiye.

Last year, Iyabo Ojo was dragged into a l£sb!anism scandal after her foundation, Pinkies was discovered to be full of ladies alone. As expected, the mother of two debunked the rumors but new revelations shows that it contains some atom of truth.

February last year, Iyabo had shocked her PA, Gbeminiyi with a brand new car for her birthday and the internet went agog over such nice gesture.
However, this is the same car, Ebiye claims was a gift from one of the ex-boyfriends of Iyabo Ojo, who happened to be a minister in church. The car was a Christmas gift from members in his Church but the minister gave it to Iyabo who in turn dashed it to Gbeminiyi. 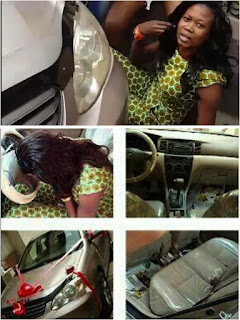 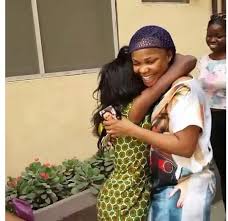 The popular nollywood actress poured sparks on the l£sb!anism reports once again when she threw a lavish birthday party for Gbeminiyi two days ago.
This has got many wondering if truly the relationship between Iyabo Ojo and her PA is not out of the ordinary.

Rumor has it that the duo might actually be l£sb!ans which might be the reason why the actress is always showering her with gifts... something many noticed, she usually doesn't do for others.
Betting Tips on Whatsapp News Updates
Subscribe to Youtube
Related forums

#BBNaija 2021: I Caught My Girlfriend With A Strange Guy In A Hotel – Yerins Recounts

"Money Is Good In This Life” – Actress Bisola Declares, As She Enters A Private Jet For The First Time (Video)