Apple is seeking a business development manager with "5+ years experience working in or with alternative payment providers, such as digital wallets, BNPL, Fast Payments, cryptocurrency," according to a job listing posted on its website yesterday.

The person would be in charge of leading the company's Wallets, Payments, and Commerce team, and would lead partnerships in the alternative payments providers.

"This position will be responsible for the end-to-end business development, including screening partners, negotiating and closing commercial agreements, and launching new programs," reads the posting found first by CoinDesk.

Notable is the demand for experience with digital wallets and cryptocurrencies, a first for the tech giant. The move suggests that Apple would take full charge of crypto products that interact with their technologies. Previously, third parties would assist with crypto payments using Apple Pay.

Apple Pay is a popular payments tool from the Cupertino-based company that lets users pay for everyday purchases by swiping their iPhone or Apple Watch.

In February, Gemini exchange announced support for Apple Pay, allowing its users to buy crypto through the integration. BitPay, a crypto payments company, rolled out a similar integration in the same month. Both announcements sparked further speculation that Apple would soon take a deeper dive into crypto.

In February, a report from RBC Capital Markets argued that the tech firm has a "clear opportunity" to move into the space by integrating cryptocurrencies into its fleet of payments applications.

Elsewhere, in the traditional payments space, Samsung Pay and Google Pay have also become popular. This trend will likely continue given the swift change to a cashless society, which has been accelerated by the latest pandemic.

The head of Citigroup's U.S. consumer banking, Anand Selva, said that the bank "has to be where our customers are" when speaking with The Wall Street Journal about its tie-up with Google. 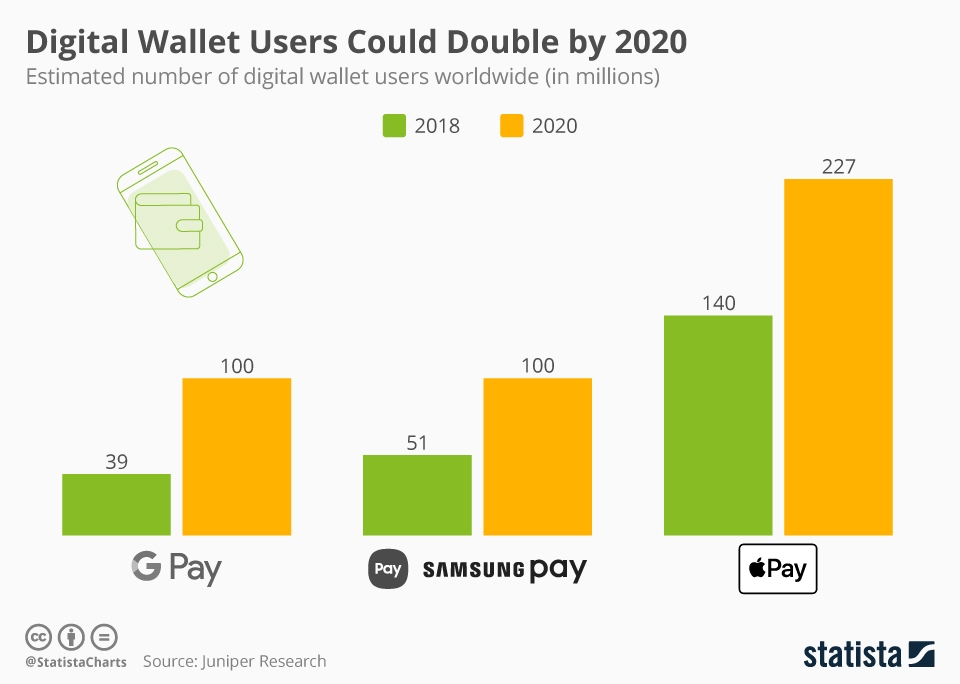 It remains to be seen, however, how this interaction could occur. The throughput needed to host such large networks is nearly impossible on a majority of blockchain networks. Ethereum, in its current state, is only capable of processing roughly 30 transactions per second, with Bitcoin boasting a much lower figure.

Apple did not immediately respond to Decrypt's request for comment.