Madonna says she feels betrayed by women who voted for Trump

According to figures from exit polls in the just concluded US election, Trump received 42 percent of the female vote and Madonna just can't wrap her head around it. Speaking to Billboard magazine, she said Trump's victory felt like someone died and she feels betrayed by women who voted him.

'It felt like someone died,' she told Billboard. 'It felt like a ­combination of the heartbreak and betrayal you feel when someone you love more than anything leaves you, and also a death. 'I feel that way every morning; I wake up and say, "Oh,wait, Donald Trump is still the president," and it wasn't a bad dream that I had. 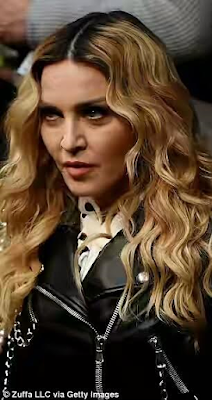 'The outcome of the election, according to Madonna, 'feels like women betrayed us.''

Women hate women. That's what I think it is. Women's nature is not to support other women. It's really sad,' she said.

Women plan to march on Washington, DC the day after Trump's inauguration on January 20 - and the pop star is in full support.

'I want to rain on his parade,' she said 'I was put on this earth to fight for the underdog and fight against discrimination.'

Forum
NBC’s Wonder Woman Show Was Made Before Its Time, Says Star
3 days ago

Forum
Cardi B Reconciles With Offset After Filing For Divorce, Says She Missed His D*ck
4 days ago

The legend of the dragon king
12 hours ago

My Madam And I
8 hours ago

The Third Day
15 hours ago

Record Of Youth
22 hours ago

The Bridge UK
23 hours ago