Singer Mayorkun Cautions Fan For Saying He Is Greater Than Olamide

Popular Nigerian singer, Mayorkun recently put a fan in his place for trying to pit him against his colleague, Olamide.

The singer wasted no time in responding to a tweet from the fan, who stated that he is greater than YBNL boss, Olamide.

Taking to Twitter, the fan had shared a photo of Mayorkun, accompanied by a photo showing the ‘greater than’ sign and then, a photo of Olamide.

This didn’t sit well with the singer as he retweeted the post with the words;

“DONT DO THIS, EVER AGAIN, BIKO”, the singer tweeted. 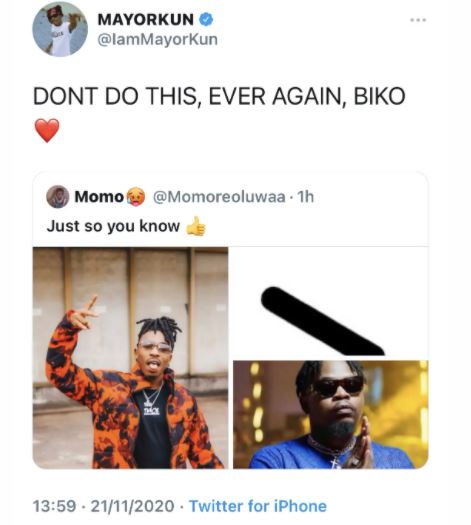