Singer Bien-Aime Baraza, found himself in this situation recently after a Former Miss Uganda, Ellah Namtumbwe, tried to kiss him while on stage during their shows at Sheraton gardens, Uganda.

It first started when the guy sat at the edge of the stage to get a little bit free with the audience, the lady quickly moved forward in between the artiste's legs looking into his eyes.

The artiste didn't mind. Then, as the artistes kept singing emotionally and tried to lean his back on the floor of the stage, the lady swiftly put his mouth on his manhood center of his trousers.

The crowd shouted and she was about unzipping his trousers when she quickly withdrew laughing back to her initial position even as the crowd kept screaming and booing at her.

It all seemed like fun and everyone was cool after that. But maybe because she was not rebuked the first time, she jumped on stage not long after the artiste came back to perform again. 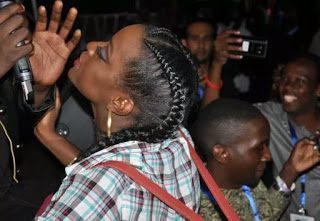 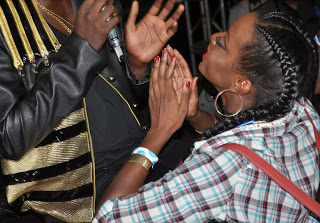 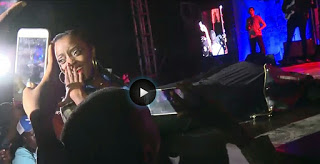 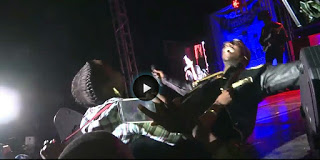 Namtumbwe, who was in the VIP section, ran on stage as soon as Sauti Sol got there and tried to force a kiss on Bien-Aime who denied and embarrassed the former Miss Uganda.

She also started begging for the kiss but Baraza was having none of that. The move forced Bien and other members of the band to move to the other side of the stage for the last bit of their performance to avoid the love-stricken ex-Miss Uganda. 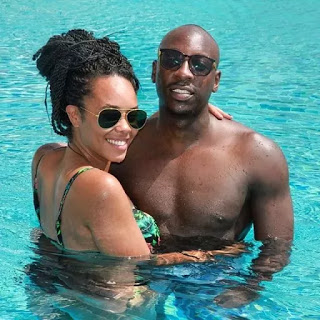