Biden surpassed the 270 electoral votes required to win the White House by flipping the battleground states of Wisconsin, Michigan, and Pennsylvania, according to projections by Decision Desk HQ.

Decision Desk HQ and Insider made the call at 8:49 a.m. ET on Friday, November 6. The AP, NBC, CNN, and BBC called the election for Biden shortly after 11 a.m. ET on Saturday.

Biden had over 3 million more votes than Trump as of early Saturday, a lead that’s likely to grow as states finalize their results in the coming days and weeks.

In a speech on Friday evening at his campaign HQ in Wilmington, Delaware, Biden did not declare victory, but said he was confident in winning once more votes had been tallied.

With Biden’s victory, Trump becomes the 13th president to lose reelection and just the fourth to do so since the end of World War II.

Biden had led Trump in national and state polling for months, and though he ultimately won the race, polls in critical states significantly overstated his lead.

Biden’s win came after two full days of ballot counting, which was delayed in many states because of a surge in mail-in voting during the coronavirus pandemic. 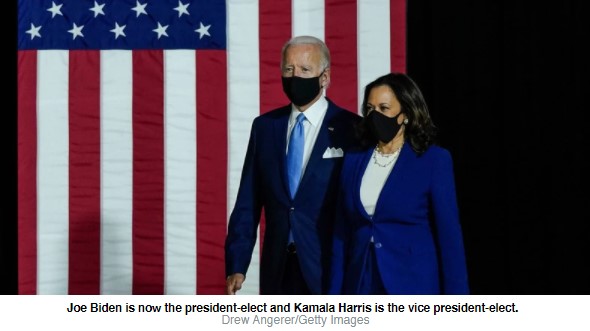 The 77-year-old former vice president addressed the nation while the counts were underway, expressing confidence in the outcome of the race and insisting that all votes should and would be counted. At the same time, Trump and his allies falsely claimed that he had won the election.

The Trump campaign filed lawsuits in Michigan, Georgia, and Pennsylvania in an effort to halt the states’ vote counts, and it called for a recount in Wisconsin.

While a candidate has the legal right to request a recount, Trump does not have the authority to unilaterally demand that legally cast ballots be discounted.

Biden’s election is a rebuke of Trump’s presidency, which for the past nine months has been marred by the administration’s response to a coronavirus pandemic that has killed more than 230,000 Americans and resulted in an economic crisis.

Biden’s win also happened against the backdrop of Trump’s attacks on the integrity of the election process, none of which have been supported by evidence or empirical data.

Biden ran as an elder statesman with moderate politics who could stabilize a country reeling from several crises and rebuild the US’s relationships with foreign allies.

He and Harris are poised to mend much of President Barack Obama’s legacy, which was fractured by Trump’s term.

They are expected to push through a set of major progressive policy priorities, including green infrastructure and expanded healthcare.

Despite facing a crowded and diverse field of competitors, Biden dominated the Democratic primary, buoyed by crucial support from Black voters.

Most of Biden’s primary opponents, including Sens. Bernie Sanders and Elizabeth Warren, poured significant energy into supporting Biden’s bid, and some are expected to become part of his Cabinet and administration.

But the incoming administration’s policy efforts could be hindered by the Senate, control of which remained unclear on Friday. 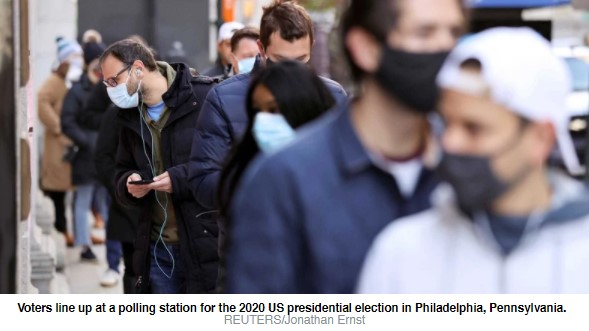 This year, because of the coronavirus pandemic, more Americans voted by mail or early in person than at any other time in US history. According to the US Elections Project , over 101 million Americans voted early, surpassing two-thirds of the total vote count in 2016.

As Business Insider has reported , there was a significant partisan gap in how Americans chose to vote. Trump had for months cast doubt on the integrity of voting by mail and baselessly claimed that it would lead to widespread voter fraud and a “rigged” election outcome. Partly for that reason, early votes were expected to skew heavily in favor of Biden , while ballots cast in person on Election Day were expected to favor Trump.

Experts were also bracing for a “red shift” or a “blue shift” depending on when states began counting which ballots. States that started processing early votes and mail-in votes before reporting results from ballots cast on Election Day were expected to show Biden leading and, later, a shift toward Trump. Conversely, states that started counting Election Day votes could have seen Trump ahead and then a shift toward Biden as they processed mail-in ballots and early votes.

Trump’s campaign was hobbled by his administration’s response to the coronavirus pandemic, which has infected more than 9 million Americans, according to data from Johns Hopkins University . For months, polling suggested that fewer than 40% of Americans approved of Trump’s response to the pandemic. And recent polling found Trump’s approval rating on economic issues dropping in key swing states. 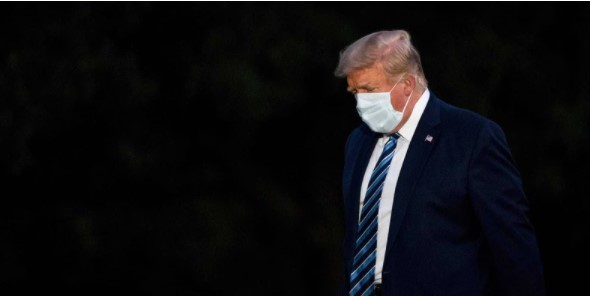 The Trump administration presided over a period of rancor and division within American politics not seen in the past several decades. This year alone the US endured a blistering recession, a pandemic, rolling national lockdowns, civil unrest stemming from high-profile police brutality, and violent confrontations in major American cities involving heavily armed police officers and protesters. These incidents defined Trump’s last year in office in a personal way, extending from his use of tear gas on peaceful protesters outside the White House to his own diagnosis with COVID-19.

Trump’s style of governance can be traced to the beginning of his campaign, which he kicked off by smearing Mexicans as criminals and rapists. His brash style appealed to many in the Republican base, and his 2016 campaign was headlined by large-scale popular rallies where thousands of his fans would gather, often televised to millions more. Trump’s atypical style coupled with strategic deficiencies in Hillary Clinton’s Democratic campaign and coinciding with a push by Russia to meddle in Trump’s favor propelled him to a surprise victory.

From the moment he took the office, Trump applied the powers of the presidency to the goals of his constituency and his new coalition, though at times it led to significant legal troubles and difficulties contending with his own government.

A controversial executive order banning US travel to citizens from numerous majority-Muslim nations was immediately mired in litigation and led to Trump sacking the acting attorney general when she refused to enforce it. Trump would, over the course of his first two years in office, put the existing instruments of the immigration administrative state to new uses, with targeted campaigns against those in the country without authorization and those pursuing entry.

Trump’s hardline immigration stance culminated in a widely reviled “zero tolerance” policy that separated migrant children who entered the country from their legal guardian ahead of incarceration. Mass public pressure and litigation eventually led the administration to relent, though hundreds of children remain separated from their parents to this day.

Protests and civil unrest defined Trump’s time in office, with staunch opposition to his policies not just from elected Democrats but also large social movements that formed as a resistance to his presidency. The Women’s March that took place across the country the day after his inauguration catalyzed years of mass protest to his time in office.

The Trump presidency also accelerated the rise of the far-right and white supremacy in the US, most notably at a neo-Nazi rally in Charlottesville, Virginia, that featured scores of Trump supporters waving Confederate flags and chanting KKK slogans, and led to the death of a counterprotester, Heather Heyer.

The civil unrest seen in the US under the Trump administration had been a repeated source of consternation and, at times, use for the president. His inability to fully disavow passionate but violent supporters has been a consistent theme over his time in office.

Trump’s presidency was also marred by a bitter impeachment process and a year-long FBI investigation into whether his campaign knowingly conspired with the Russian government to tilt the 2016 race in his favor.

The Republican-controlled Senate ultimately acquitted Trump following an impeachment trial, and the president was not charged in the Russia investigation, partly because of a long-standing Justice Department policy that says a sitting president cannot be indicted.

Though his impeachment acquittal may have been an hour of triumph for the Trump administration, it would soon be followed by the biggest crisis of Trump’s presidency.

In late 2019, researchers first observed a respiratory virus in the vicinity of Wuhan, China.

The virus began spreading in China over the next few months, and US officials repeatedly warned the president that it would soon gain a foothold in the US and that the administration needed to take early action to prepare for a pandemic.

Trump’s administration failed to develop a robust response, and by March the virus arrived in the US. Soon after, the US became the global epicenter of the outbreak, even as other countries took steps to significantly reduce the spread of the virus.

Trump did achieve numerous substantial, enduring wins for his party and his constituents, particularly in terms of a tax cut as well as filling a large number of judicial vacancies across the federal judiciary, a long-held priority of Senate Majority Leader Mitch McConnell.

The most enduring achievement of the Trump presidency for his base may be the three Supreme Court justices he had confirmed to the bench, a legacy-defining tectonic shift in power in the interpretation of American law.

Yet the president’s inability to soothe the country amid widespread unrest as well as his administration’s failure to respond to the most pressing public-health crisis of our time and the ensuing economic distress set the defining tone of Trump’s reelection bid.