Jerry Quy who is Arsenal’s Gunnersaurus for 27 years has now been sacked yesterday as a means to reduce club expenses.

Following the arrival of Thomas Partey, some Arsenal fans have been dragging the club to offload inutile Ozil instead of the termination of Gunnersaurus.

He however took to his twitter page today to declare his intention to resume paying Gunnersarus who has been sacked earlier. 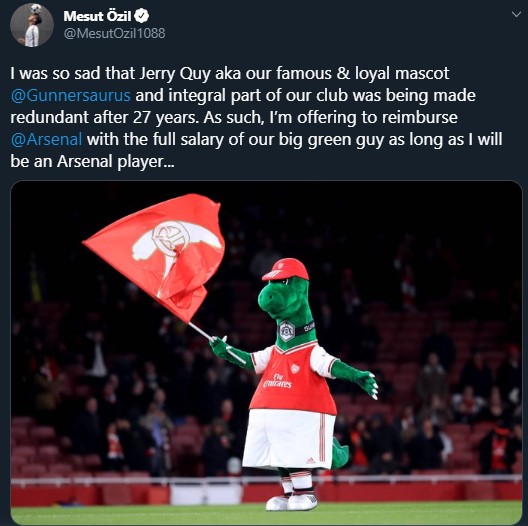 We Are Messengers – Faith Sees Best In The Dark