BBNaija finalist Rebecca Nengi Hampson shut down Naija Fm host, with a savage reply that sent him numb for minutes.

According to media reports, RNB Ayo is known for asking inciting questions until he met Nengi who shut him down with a savage reply.

Speaking with Nengi live on air, he charged her to speak up which she replied that she is a soft girl and doesn’t need to shout.

Her reply sent her fanbase into a frenzy as some said it was a perfect reply to the host since he portrays a rude behaviour during interviews. They cited his interview with Ozo as anexample. 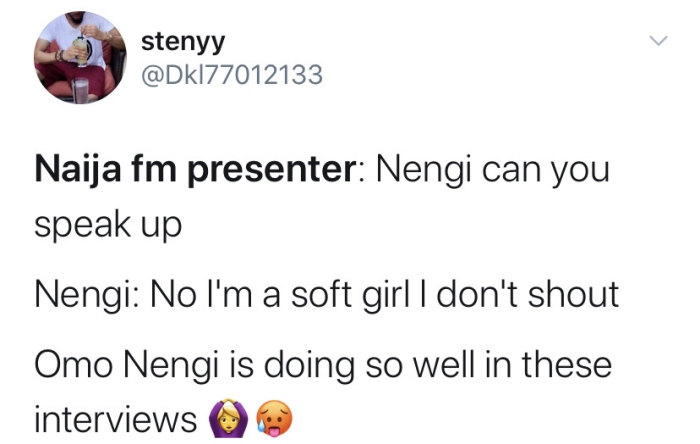 Biography & Net Worth Of Ayo Adesanya

Why Mercy Eke Unfollowed Nengi And Followed Erica On Instagram