The royal was spotted getting very cozy with popstar Ellie Goulding at the Audi Polo challenge in Coworth Park, Berkshire. 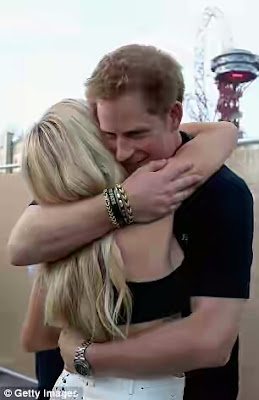 Onlookers said the pair were 'all over each other' and one claimed they appeared to share a kiss under a blanket.

The insider, who is close to Harry's social circles, said that after the polo there was a late night party where picture-taking was banned to put the celebrities at ease.

'Harry was really going for it after the polo – he was drinking and dancing,' the source told The Sun.

'They were part of a wider group including Tom Hardy but Harry and Ellie only had eyes for each other all night – they spent a lot of time sitting together under blankets.

'They were seen having a kiss before Harry had to go because he was playing polo the next day. Ellie left about five minutes later.' 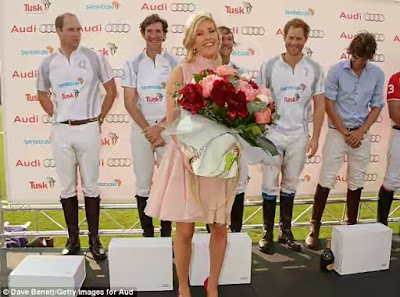 “You’re The Only Star Girl, The Rest Are Candles” – Prince Hails Erica As He Shades Nengi