“I’m Single Again And Free!” – Singer May D Says As His Marriage Crashes After 2Years

Nigerian singer, May D has announced that he is now single again.

The DMW act took to his Twitter account to reveal that his marriage to his Swedish partner, Carolina Wassmuth has ended after two years.

According to the singer, he needs to be alone for some time as he has been in a relationship for over 15 years.

“I’m single Again and free! For over 15 years I have always been in a relationship I think I need to be alone for some time!” 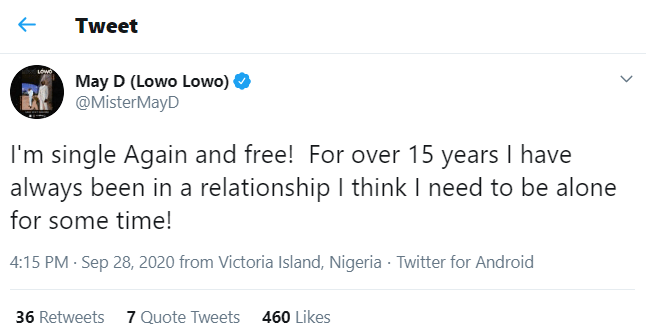 The couple got married in Sweden shortly after welcoming their first child together, a baby boy named Ethan.