OMG!! Woman Kills Her Two Children, Prepares A Meal With Their Bodies (Photo)

A lady identified as Salamatou has been arrested for allegedly killing her two children in cold blood, cut their bodies and cooked them.

It was gathered that the children aged 2 years and 6 months old were said to have been missing for hours and this led to the search of them by the family members.

This caused the police to search the house of the woman, after which her husband discovered a pot and a bucket that contained the prepared children. Police say they are currently investigating the incident, after which Salamatou will be charged to court.

According to reports, the unfortunate incident occurred on Monday, September 14, 2020, at around 11 a.m. local time in Badjengo — commune of Pitoa — Department of Bénoué. 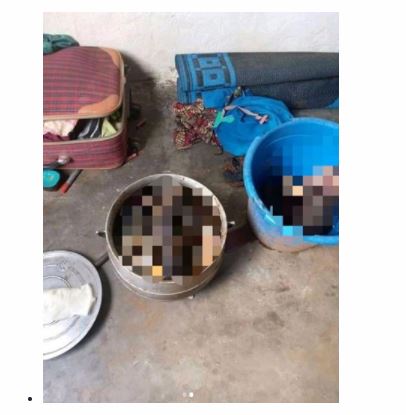