Nigerian artist, Burna Boy, has become the first African artist to have album not only peak on the Billboard World Album chart but also stay there for four consecutive weeks.

The tweet announcing this feat, which was retweeted by Burna Boy on his official Twitter page, reads:

“‘Twice As Tall’ by Burna Boy places at #8 on this week’s Billboard World Album Chart – it debuted at #1, a First for Nigeria. – It becomes the First & Only album by an artist from Nigeria to stay in the charts Top 10 for 4 consecutive weeks. Congrats Burna #TWICEASTALL”

Burna Boy will also be performing at the virtual Nations United event on September 19. 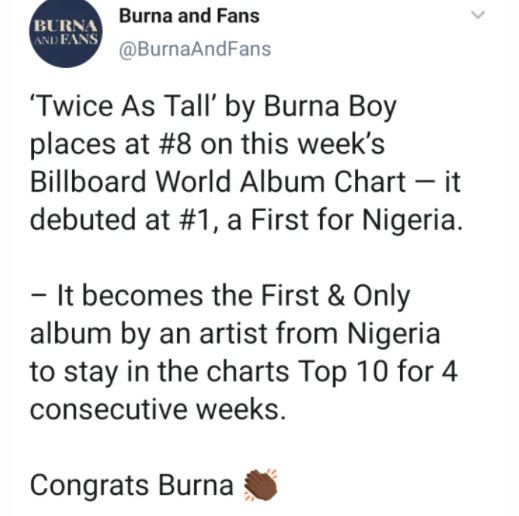 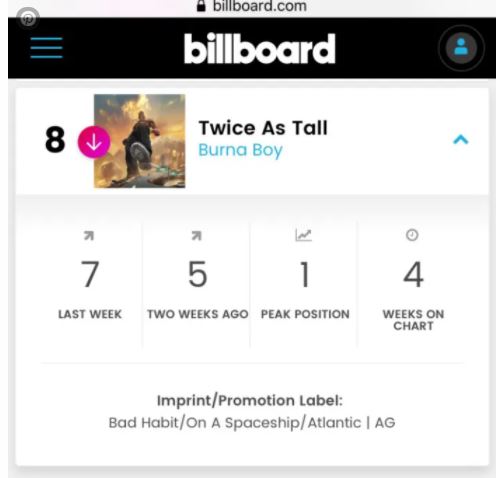 We Will Repeat What We Did In Lekki - Nigerian Army Declares