“I Am A Very Jealous Lover” – Tonto Dikeh

Popular Nollywood actress, Tonto Dikeh recently opened up about how she feels about the closeness between her son and his nanny.

The philanthropist revealed that she is jealous of the bond her son, King Andreh shares with his nanny even though she loves it.

Taking to Instagram, the movie star recalled the very moment her son got reunited with his nanny, who has been away for two weeks.

According to the actress, it was an emotional moment that broke her heart and made her jealous.

The single mother of one went on to ask her fans and followers if it’s right to feel that way.

Read what she wrote below:- 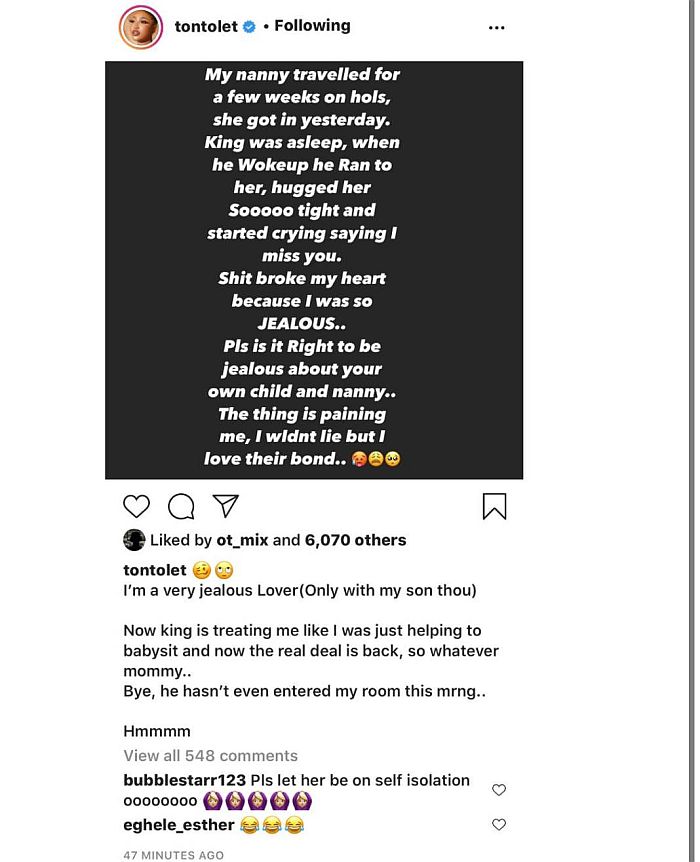 Tonto Dikeh Hints On What A Man Should Never Do To His Woman Years After Having A Failed Marriage,

Gorillaz – With Love To An Ex Ft. Moonchild Sanelly