#BBNaija: Tochi Apologizes To Erica After Being Dragged For Calling Her A Gold Digger

BBNaija star Tochi has apologized to disqualified housemate Erica after being dragged for tagging her as a gold digger with his previous comments.

Tochi wasn’t spared by the Elites when he insinuated that their queen, the star girl is a gold digger based on her words and actions while she was in the house.

After being dragged, he has apologized to Erica and her Elites saying he never called or tagged her as a gold digger but all the same he’s sorry.

Adding that those who misunderstood his posts are those accusing him of calling or tagging Erica as a gold digger but with all that aside, he still apologizes for their misunderstanding. 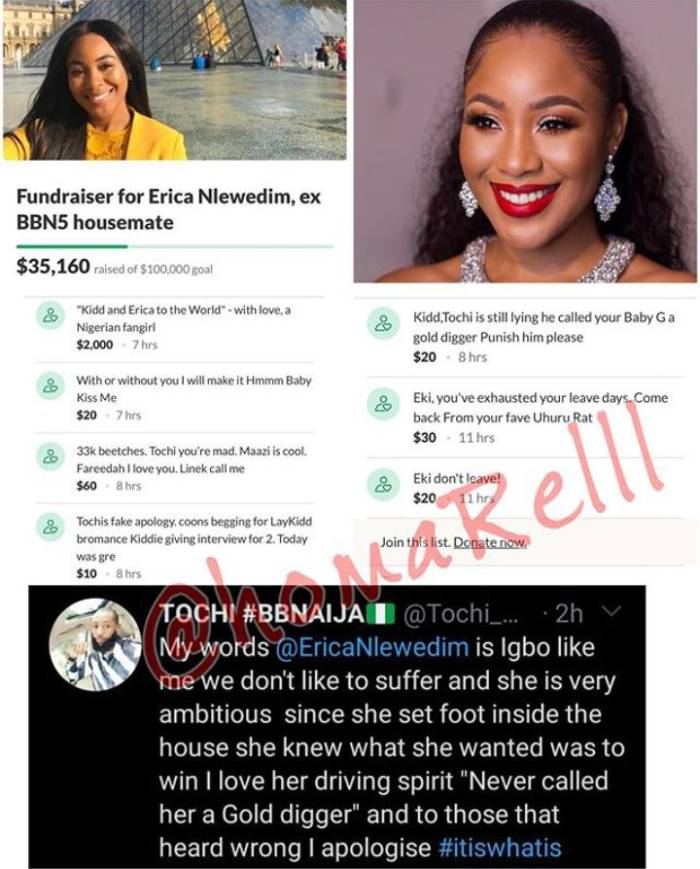 Oscar Mbo – I Come to You Ft. China Charmeleon
1 hour ago

Russ - Freed Up
3 hours ago

Ceeza Milli – Based On What
9 hours ago

Prinx Emmanuel – Man Down
9 hours ago

Prinx Emmanuel – God No Go Shame Us
9 hours ago

Prinx Emmanuel – God No Go Shame Us (Video)
9 hours ago

The Right Stuff
6 hours ago