Tonto Dikeh has expressed how she felt on her mum’s remembrance day. According to the mother of one, she lost her dear mother 33 years ago.

Taking to her official Instagram page to pay a tribute to her mum, the actress stated that she had the worst mood on Wednesday, September 9, which seemed to be the day her mother passed.

According to her, she did everything to put her mood on check. Although she was happy, she could not stop crying uncontrollably. Thankfully, Tonto said that the holy spirit ministered to her and she listened to his instructions. The film star said she made people happy even though she was unstable.

According to her, she was dedicated to making people smile because she desperately wanted to be herself.

Noting that blood is thicker than water, the mother of one stated that she was able to explain her stable mood when she realized that her mother had died on the same day she was unstable.

Expressing deep love for her mother, she revealed that she is glad that her mum led her to do some good on her remembrance day. 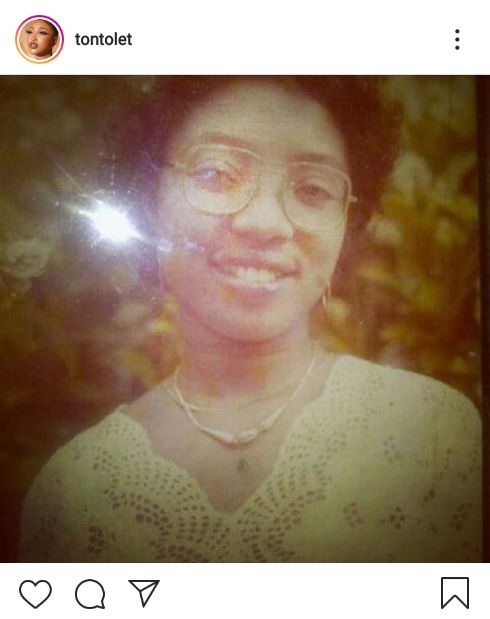 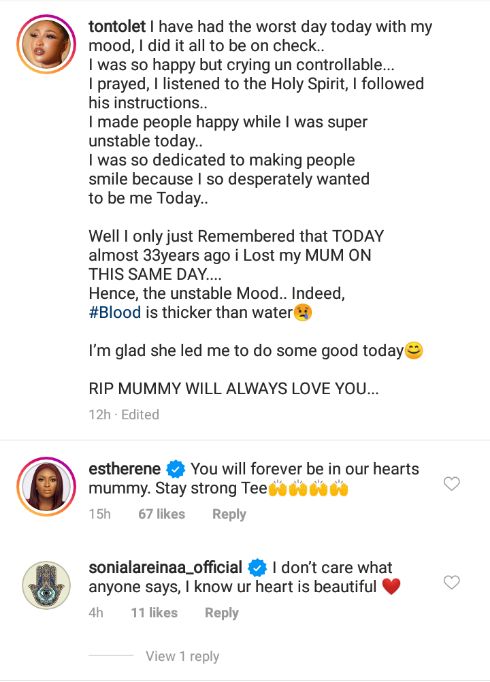 Forum
“Davido’s mum was my bestie, I carried him as a child” – Kemi Olunloyo
1 day ago

The Same - Manus Akpanke
2 hours ago

The Forbidden Temple
13 hours ago

The Inauspicious
14 hours ago

The Same - Manus Akpanke
2 hours ago

One Spring Night (Korean)
9 hours ago