‘Stop Telling People How To Spend Money You Did Not Make For Them’: BBNaija’s Leo Da-Silva

He took to his official Twitter page to address them thus:

“Stop telling people how to spend money you did not make for them.”

Considering the current circumstances surrounding Erica’s recent disqualification from the BBNaija ‘Lockdown’ house, it is assumed that Leo’s tweet is in reference to the GoFundMe account created on behalf of her.

We earlier reported that Erica has been granted her first interview with Big Brother Naija. During the interview, she spoke about her arguments and clashes while in the house. She also said that she does not hate Laycon. 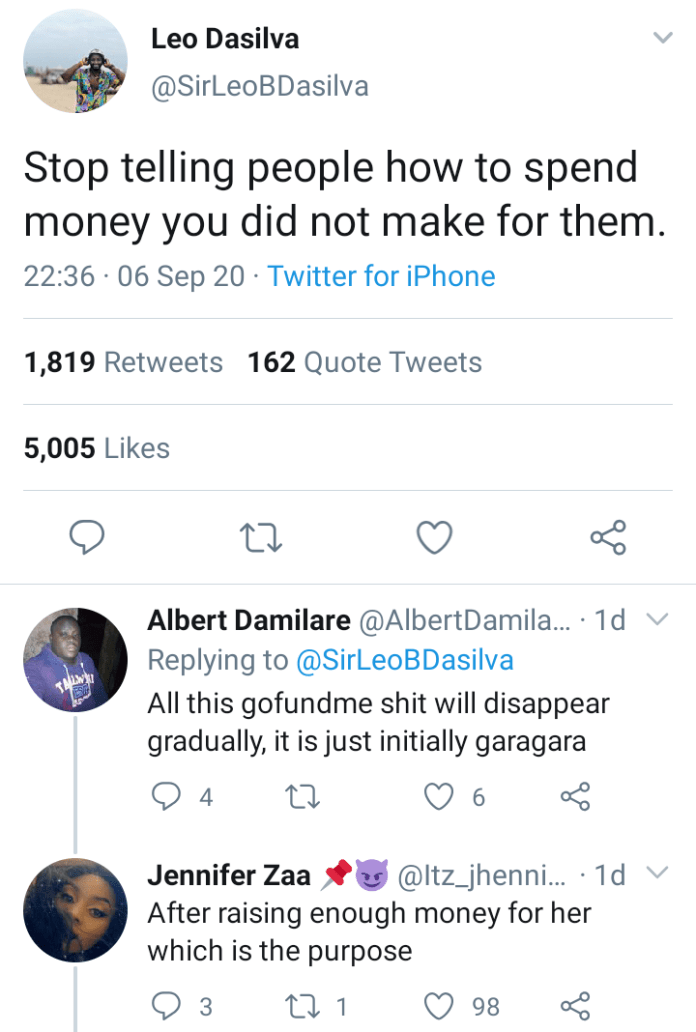