A young Nigerian mom has caused stir on social media after she shared adorable photos of herself posing with her first son looking like a couple.

The photos have generated controversies on social media as many are in doubt if the man in the picture is actually her son or her lover.

The young lady identified as Ada Ujaligwa took to Facebook yesterday and shared mind blowing photos of herself and a fully grown man looking like her husband and introduced him as his “first son”.

The lady who has a quite encouraging number of followers on the platform said she was off to the gym with her son as they were both clad in sport wears.

The now viral photos have sparked mixed reactions from Nigerians and other social media users on Facebook.

While many were of the opinion that she probably got pregnant at an early age and applauded her for keeping the baby, others, especially ladies were of the opinion she is old enough to be the mother of the said man but might just have a naturally small body stature. 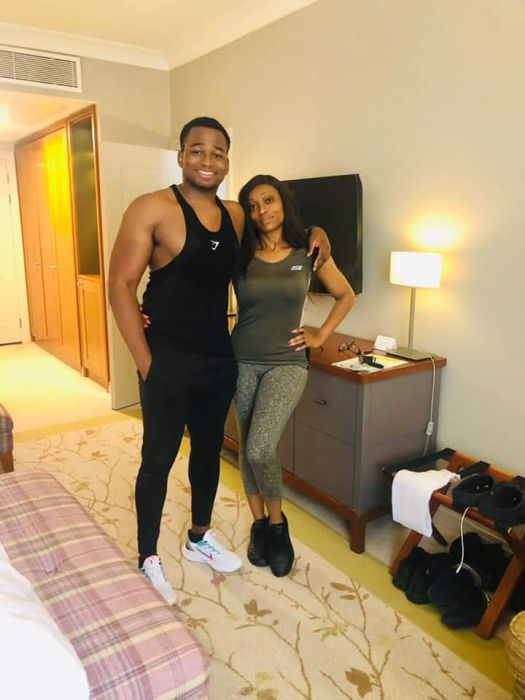 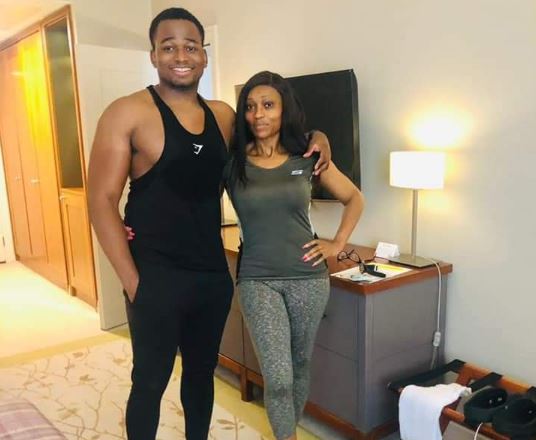