Just two days after the legendary singer was found dead inside his Minnesota home, at the age of 57, his body has been cremated. He was cremated yesterday afternoon at his home.

In a statement, his publicist, Yvette Noel-Schure, said that the 57-year-old superstar’s family and friends gathered for a loving goodbye. She said:

"A few hours ago, Prince was celebrated by a small group of his most beloved: family, friends and his musicians, in a private, beautiful ceremony to say a loving goodbye,". "Prince's remains have been cremated and their final storage will remain private. We ask for your blessings and prayers of comfort for his family and close friends at this time."

"The cause of death remains unknown and it will be at least four weeks before we receive the results of the autopsy. An announcement will be
made at a future date for a musical celebration." 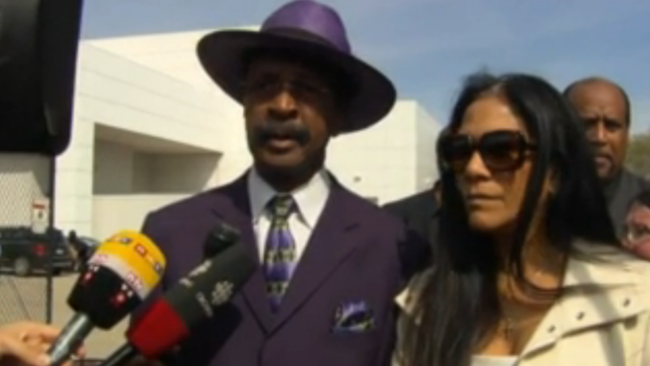 Only very close friends and family members including Prince's sister 55 year old Tyka Nelson, who may inherit his fortune,gathered at his home- Paisley Park Saturday afternoon to pay their respects to the singer.

Hundreds of fans were gathered outside. People emerged from the estate and handed out purple boxes to some fans. Each box contained a handout with a color photo of the late musician and a T-shirt with “3121” printed on it, which is the title of a Prince album. The Midwest Medical Examiner's office confirmed on Friday that an autopsy was performed on Prince and that results may not be available for several weeks to come.
Subscribe to Youtube
News Updates
Related forums

Forum
Two Women Beats All Odds For Secret Engagement, Check Out Their Private Ceremony
2 days ago

My I.T Sexcapades
21 hours ago

Flower of Evil (Korean)
3 hours ago

The School Nurse Files
5 hours ago