GTA 6: Here’s when the next Grand Theft Auto will be released

Here's everything we know about GTA 6; from its release date to what storyline it will follow.TEWS

Grand Theft Auto (GTA) V is the second best selling video gaming in the whole world after Minecraft. With so much popularity it is obvious that Rockstar would be looking to make a sequel, however, the company is yet to announce its plans about that. Many reports and rumours point to the fact that the company is in early development of the game. Today we will be taking a look at everything we know about the upcoming video game.

Rockstar has not officially provided us with a release date for the upcoming GTA 6. It has not even announced the existence of the game. However, various reports state that the game is in its ‘early development stages’ and will potentially release by the end of 2021 or the beginning of 2022. To recall, GTA 5 was released around 7 years back in 2013 and a sequel is long due.

* Rockstar Games has been working on GTA 6 since 2012. However, the development began properly in 2015. But, even then too the team was focused more on developing Red Dead Redemption 2.

* The game will be mainly set in Vice City and a new fictional location based on Rio de Janeiro in Brazil.

* The game will also provide limited access to Liberty City.

* Single male protagonist will lead the game. No female character will show up, despite the leaks.

* The game will follow you as an up and coming drug lord-wannabe, Ricardo, who in the beginning is a grunt doing running cocaine from Vice City to the new large South American area. Between the game, he makes connections with big drug lords starts making his way up. The game also follows a key character, called Kacey.

* A giant prison will also be a part of the storyline

* It will feature a chapter system instead of an open-world free roam system.

* Many kinds of weather will be a part of the game like hurricanes, floods and more.

* Full economy will be in play, with buildings changing over time and old vehicles getting more expensive.

* The Madrazo family will be making an appearance in the game.

* The drug empire building mechanic similar to Vice City Stories but much bigger.

* You will have to read a lot of subtitles, as in South America you will not be hearing any English.

* The game will not be making its way on to the PS4 or Xbox One, it will only be launched on the PS5 and Xbox Series X. It might launch later for PCs.

* The game is Rockstar’s primary focus as of now apart from another title, which might be Bully 2.

* The game is in Pre-Alpha so names, locations, details could change with time.

What has Rockstar confirmed? 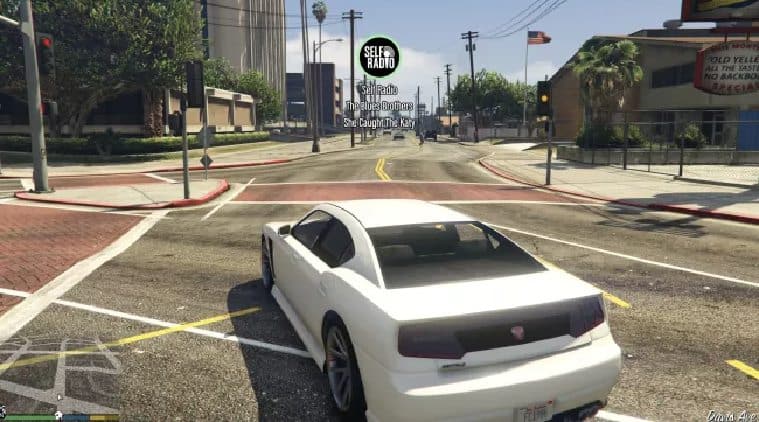 GTA 6 will be based mainly inside of Vice City and a new city based on Rio De Janeiro. (Image: GTA)

During a four-part interview with Develop magazine, Rockstar North’s former President, Leslie Benzies said, “We don’t know what GTA 6 will be, but we’ve got some ideas,” “We’ve got about 45 years’ worth of ideas we want to do. We’ll pick the right ones. It comes from the idea first. Where it is going to be set is the first question. That then defines the missions; you’re doing different things in LA than in New York or Miami. The map and story get worked up together, and the story is a basic flow of how it works out so you can layer the mission in.”

Where will GTA 6 be set in?

According to the rumour mill, GTA 6 will be based mainly inside of Vice City and a new city based on Rio De Janeiro. Some rumours also state that Liberty City will be making a comeback, with the game, but only a few selected areas. Liberty City will not be an open-world experience, allowing players access to a few areas only.

On which platforms will it release on?

GTA 6 is being said to initially be released on the next-gen consoles, Xbox Series X and the PS5. It will not be making its way onto older gen consoles.

PC gamers will once again have to wait for the game to release, just like GTA 4 and GTA 5.

Putting all the leaks together

Combining all of the credible leaks together, it can be said that GTA 6 will release in late 2021 and will be set across multiple locations and will feature multiple playable characters. It is highly likely that a female lead character will also grace the screen.

It will have a bigger and better GTA Online experience, which will help players move from one platform to another.

The game will be tackling various global issues like inequality, immigration, terrorism, fake news, the rise of autocratic leadership and extreme partisan politics, to name a few.

Net Worth Of Grand M

2020 Trailer Mashup Only Includes Movies That Actually Released This Year

Chance The Rapper – The Heart & The Tongue