Microsoft has announced that it will be launching its next generation gaming console, Xbox Series X in fall this year. 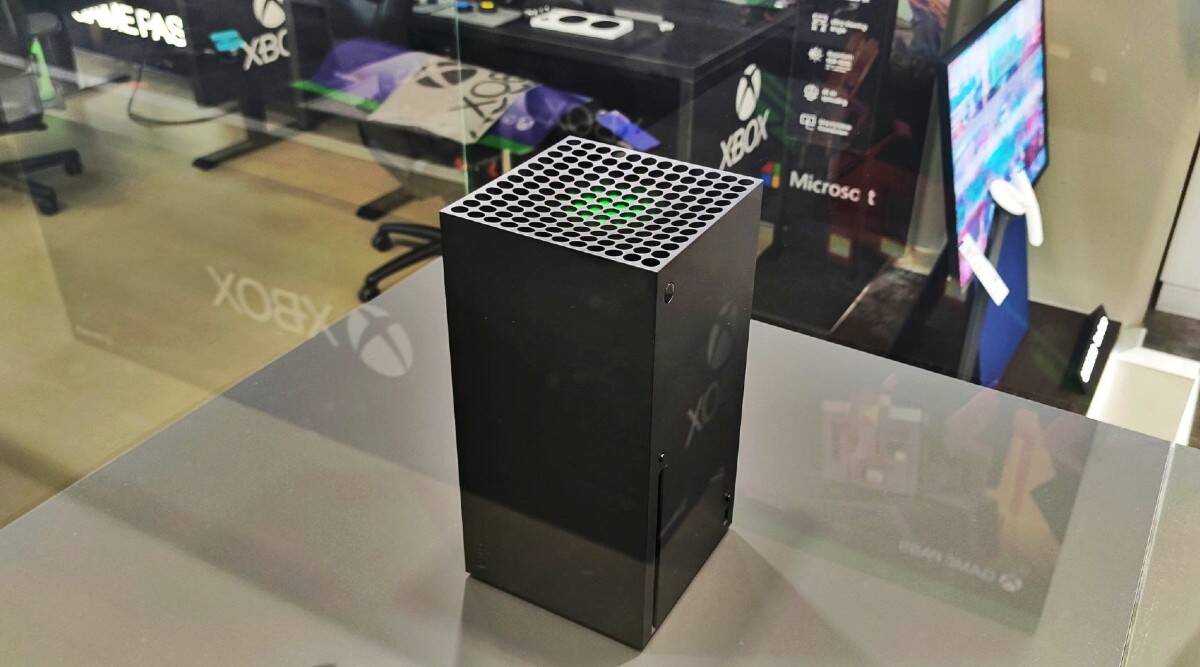 Microsoft has announced that it will be launching its next generation gaming console, Xbox Series X in fall this year. Apart from the release date the company has already revealed its key specifications and showcased a design teaser. however, the design teaser only gave us a look at the top and the front panels of the console.

Now, the company has displayed the device at the Xperion e-arena in Germany. As you can see in the images, the console is guarded inside of a glass box, in which you can see all of the sides of the console clearly.

The rear panel of the device consists of a number of vents, two USB ports, an HDMI port, an ethernet port and two unidentifiable ports. The back panel also consists of a sticker stating that this is a prototype and is not for sale. The right side panel consists of stoppers showing that the device can be laid on its side and does not always have to stand up straight, and look like a mini-fridge. The front panel consists of the CD bay, a USB port, a power button and an Xbox logo.

Apart from this, the company is also expected to launch a smaller disc-less version of the gaming console, which will reportedly be called Xbox Series S. The company has not confirmed the existence of the device. However, a lot of leaks point towards a similar but smaller design.

To recall, the Xbox team recently announced that over 100 optimised titles for Xbox Series X will be releasing later this year after the launch of the console. These titles include Assassin’s Creed Valhalla, Dirt 5, Gears Tactics, Yakuza: Like a Dragon and Watch Dogs: Legion. Apart from these, the console will also get a slew of exclusives like The Medium, Scorn and Halo Infinite to name a few.

Forum
Ighalo Sends Message To Cavani, Others Ahead Of Newcastle Vs Man Utd Clash
3 days ago

The Black Powers
22 hours ago

My Virgin Maid
22 hours ago

The Unbreakable Virgin
22 hours ago

A quest of Heroes
18 hours ago

Yung Alpha Ft. Ice Prince – Because Of iPhone
6 hours ago

The Third Day
46 mins ago

Record Of Youth
8 hours ago

The Bridge UK
8 hours ago

Bless the Harts
18 hours ago