Claudio Bravo has left Manchester City after four years at the club.

The Chile goalkeeper was one of Pep Guardiola’s first signings when he joined City for £17.1m in August 2016. 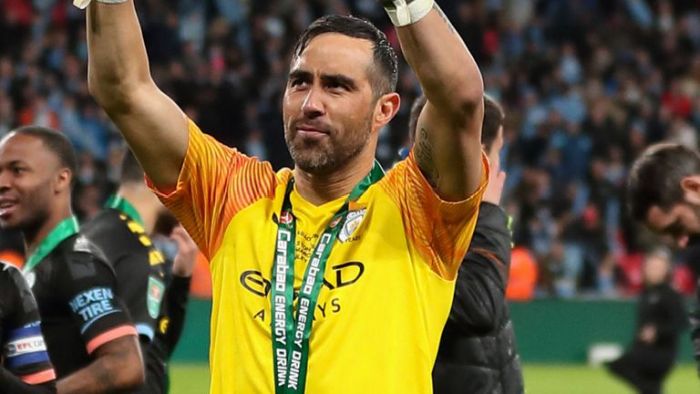 Bravo, capped 123 times by his country, won the Premier League and the EFL Cup twice during his time in England.

Bravo was made first choice on his arrival at the Etihad Stadium, after Guardiola decided against continuing with former No 1 Joe Hart, and he went on to make 30 appearances in all competitions in his debut season.

He then became Ederson’s deputy following the Brazilian’s arrival at the club a year later and since then his first-team opportunities have largely been limited to cup competitions.

The 37-year-old, who missed the majority of the 2018/19 season with a ruptured Achilles tendon, made 61 appearances for City.