The Department of State Service (DSS) has invited for questioning a former speaker of the house of representatives, Ghali Na'Abba, over his recent interview on Channels TV. 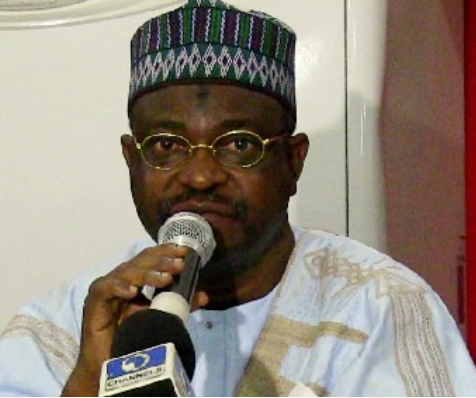 During the interview on Thursday August 13, Na'Abba who is a co-chairman of the newly formed political movement, National Consultative Front (NCFront), said Nigeria is now a failed state. He attacked the Buhari-led administration, describing it as incompetent.

In a statement issued on Saturday, August 15, Yunusa Tanko, the spokesman of the NCFront, said Na’Abba would appear at the DSS headquarters on Monday, August 17.

“Please, be notified that the DSS, on Friday, sent an invitation to NCFront Co-Chair and Former Speaker of Nigeria, Rt Hon Ghali Umar Na’Abba after his very profound interview on Channels Television on Thursday, with regards to the NCFront agenda to bring about a new Nigeria that works for all.

However, our leader, Ghali Umar Na’Abba, has decided to honour the DSS invitation and therefore shall be visiting the DSS Headquarters in Abuja, on Monday, at 12 noon.

“All NCFront organs, structures and allies nationwide are, by this notice, put on the alert as eternal vigilance is the price of liberty.”
the statement read

Na'Abba's invitation comes days after the DSS invited and grilled former deputy governor of the Central Bank of Nigeria CBN, Obadiah Malaifa, over his recent allegation that one of the governors in the Northern states is the leader of Boko Haram sect in Nigeria.

Kid comedienne, Emmanuella unveils the new house she built for her mum (photos)