Why I want to be governor – Ajayi

Ondo State Deputy Governor, Agboola Ajayi, has affirmed his resolve to defeat the ruling All Progressives Congress (APC) in the October 10, 2020 governorship election in the state. 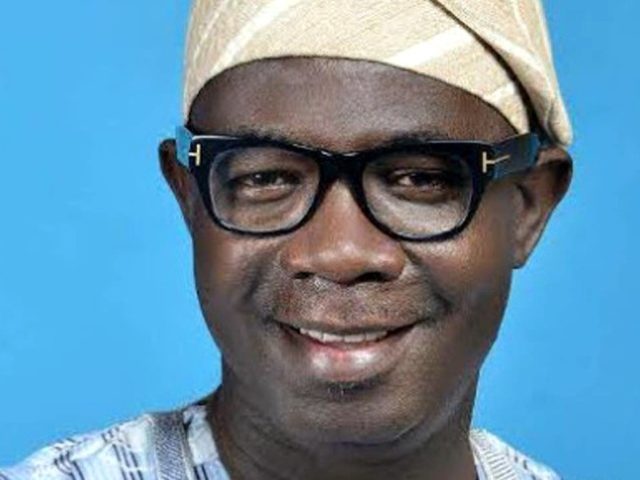 He added that his ambition to govern the state was borne out of the people’s yearning for representative democracy, governance and development in its true essence. He disclosed this yesterday while officially joining the Zenith Labour Party (ZLP) in Akure as the state chairman, Joseph Akinlaja, amidst funfair from supporters and party members, received him.

According to him, he opted to contest the election under the aegis of ZLP to put practical effect to the expectations of the people who obviously are not enamored by the options offered by the two major parties. The deputy governor left APC to contest the Peoples Democratic Party (PDP) primary election but was defeated by Eyitayo Jegede. Though his loyalists raised alarm that he was harassed and intimidated by some leaders within the PDP, Ajayi polled 657 votes and won in nine councils. He lamented that APC and PDP have failed the people. Aside receiving the deputy governor, Akinlaja also welcomed notable leaders from APC and PDP, Sunday Adejuyigbe, Abiodun Kayode, Ayeni Banji, amongst others to the party.

Ajayi also visited the National Leader of ZLP and former governor, Olusegun Mimiko and former Chief Judge of the state, Seinde Kumuyi, who are friends of Governor Akeredolu, in the former’s hometown for blessings.

No fewer than 1,200 decamped from the Peoples Democratic Party (PDP) and Zenith Labour Party (ZLP) to the ruling All Progressives Congress (APC) ahead of the state’s governorship election.

A former chairman of the council, Barr, led the defectors to the party yesterday at Igbekebo, the headquarters of Ese-Odo Local Government Area of the state. The former council boss was received into the APC by the state Chairman, Adetimehin in the presence of the party’s deputy governorship candidate, Lucky Ayedatiwa, commissioner for Information and Orientation, Donald Ojogo and other notable leaders of the APC from both Ese-Odo and Ilaje LGAs.

Sowore, who is a cousin of the deputy governor and from Kiribo town, Apoi Ward 2 in Ese-Odo, said the decision to harvest PDP members for the APC was informed by the wonderful performance of the Governor. Adetimehin lauded Sowore for his courage and foresight, saying the array of supporters he had brought on board showed he meant business.

Earlier, Ojogo charged the leadership of the APC in Ese-Odo to stand firm and repeat the feat achieved during the July 20 governorship primary even as he described the much-touted third force as tough fraud and an aborted pregnancy.